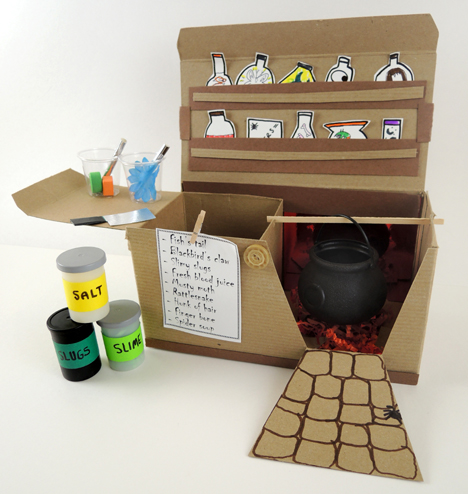 From the well-stocked shelves, to the bubbling cauldron, to the secret storage space…this kitchen is ready to concoct some scintillating brews. It also folds down into a snappy little travel case, complete with your shopping list clipped to the outside! 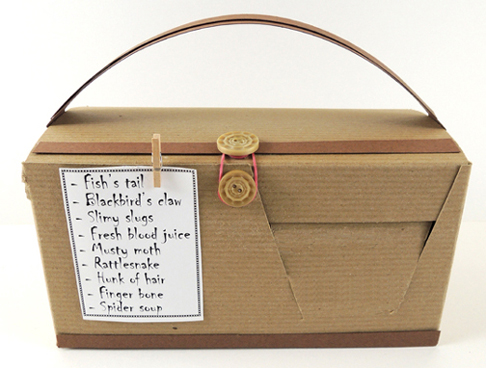 We read One Witch, written by Laura Leuck, and illustrated by S.D. Schindler (Walker & Company, 2003). A witch visits her ten sets of (unusual) friends to gather ingredients for the ultimate brew. She cooks it up, sends out invitations via bat, and a massive party ensues – including a special bowl for you! This is a fantastic counting book, plus a real family favorite. My kids asked me to read this book to them year round!

We used our standard craft boxes for this project, but I’m also going to show you how to build it with large and small tissue boxes. Here’s a bird’s eye view of the project: 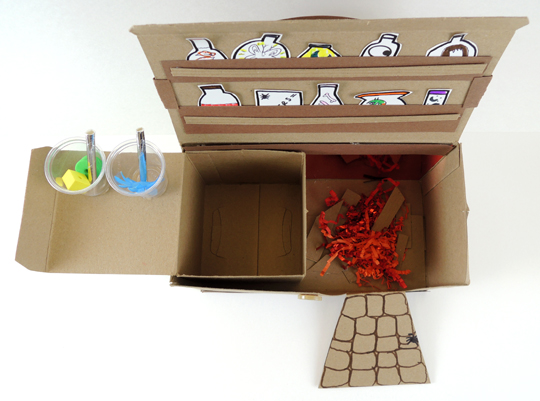 As you can see, it’s a box within a box. The left side of the kitchen is the unfolding countertop/secret storage area, the the right side is the fireplace for the cauldron (which we stoked with brown poster board logs and red paper crinkle, but construction paper works too). The front of the fireplace is a V-shaped door that folds down. Use markers to create the stones for your hearth.

If you want to make the project with tissue boxes, the key is to flip the tissue boxes upside down and cut the bottoms into lids. Here’s the large box: 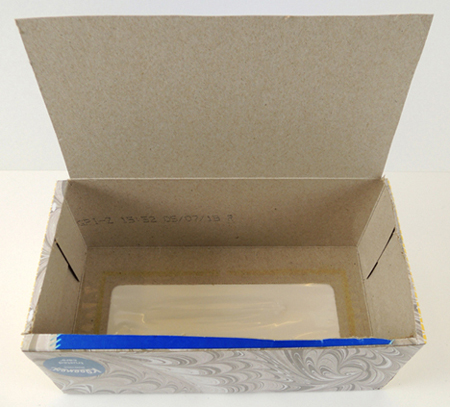 The issue, of course, is you have a big hole in the floor of your kitchen. No problem! Just glue or tape a piece of poster board over the hole (shown here in yellow): 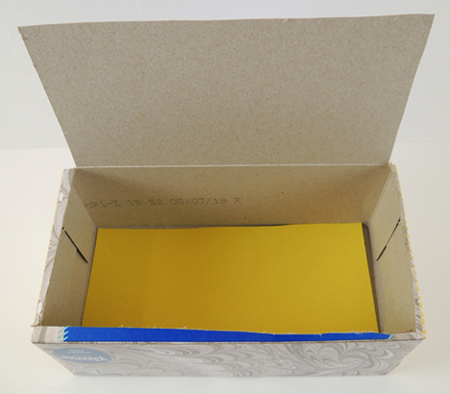 To make the unfolding countertop/secret storage space, flip a small tissue box, cut the bottom to make a hinged lid, cut the box down to the proper height, then attach it inside the large box. Cut the V-shaped hearth door and you’re set! 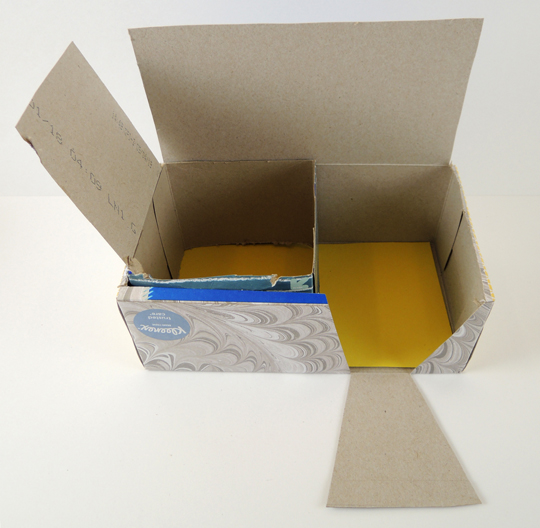 The shelves along the back of the kitchen are basic poster board pockets. Cut and color the various bottles in your template to stock your kitchen: 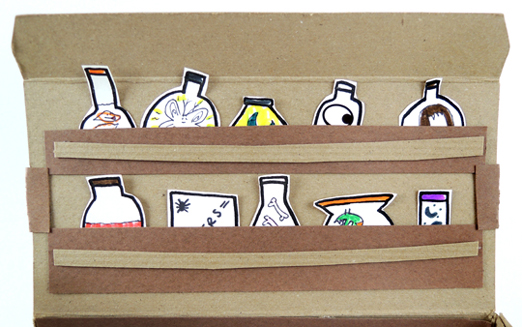 In the secret storage are little plastic sample cups for mixing, snippets of drinking straws, plus (optional) ingredient bottles repurposed from old-school film canisters. We filled ours with fabric flowers, foam beads, and green paper crinkle. I also added little cleavers I cut from silver mirror board.

But my FAVORITE item in the kitchen is the cauldron. We used plastic mini cauldrons, but you can also fashion a cauldron from a paper cup. To hang the cauldron, cut little notches in the sides of the boxes, then slide a wooden coffee stirrer into the notches.

The outside of the box gets a poster board carrying handle, as well as a shopping list you can either tape or clip to the front:

The box does get a little heavy. In fact, our lid kept popping open. So we added extra support in the form of two buttons, which we hot glued to the lid and body of the large box. Wrap a rubber band around the buttons, and you’re set!

A week after this project, we ran into one of our story time kids. She wants you to know that “THIS IS MY FAVORITE TOY AND I PLAY WITH IT ALL THE TIME I MAKE SOUPS THAT I FEED MY BROTHER!” 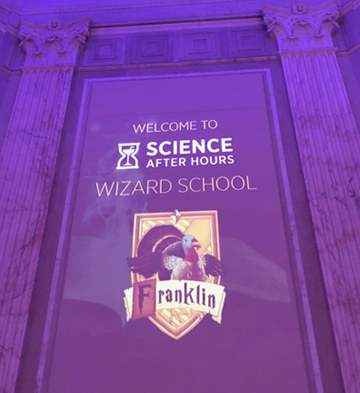 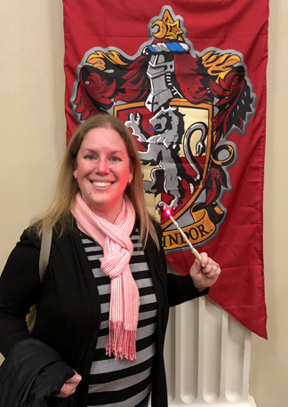 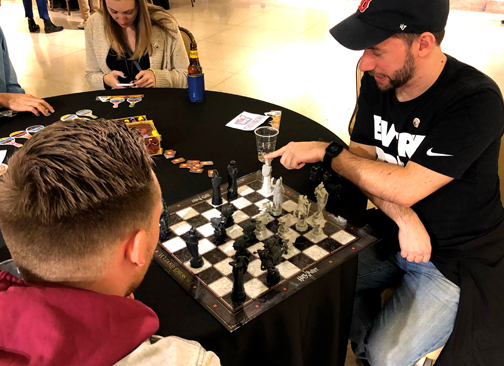 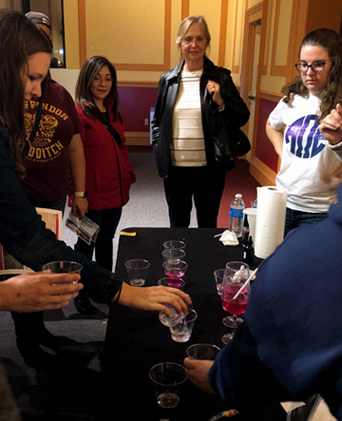 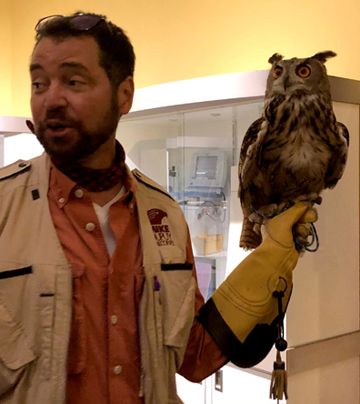 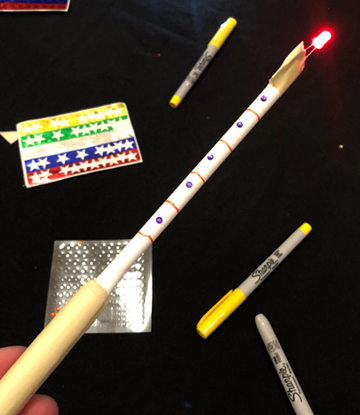 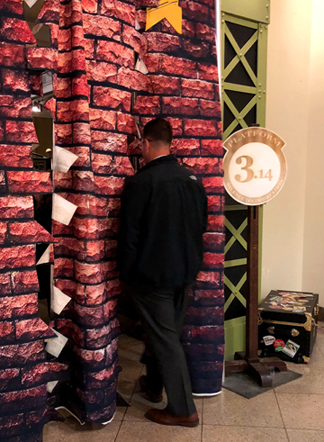 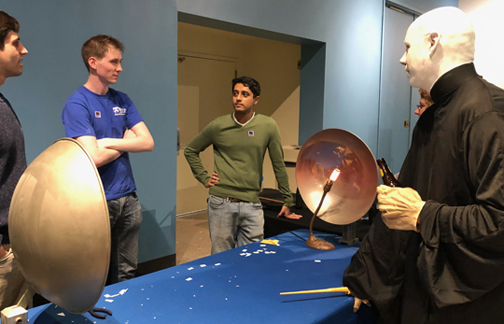 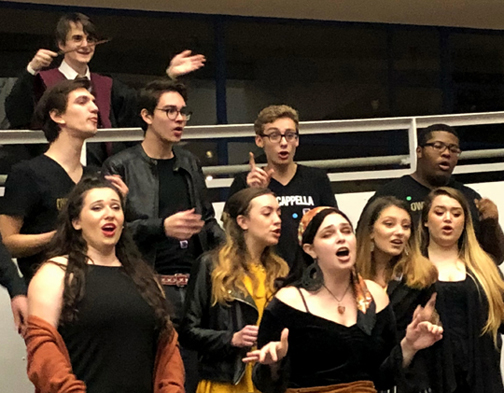 Cats might make you sneeze and toads are rather old-fashioned. What you really need…is an owl! This project (which is derived from these wrist parakeets) is designed to be simple, inexpensive, and a snap to assemble at large-scale events with minimal staffing. The owls were a huge hit at a Harry Potter event we did in 2007, and again in 2017 at Wand Works.

Wrap a toilet paper tube with construction paper, then use tape (or glue) to attach feather wings and ear tufts. Use a marker to draw the owl’s eyes – or – use dot stickers for an extra pop of color. We added details to our sticker eyes with a Sharpie ultra fine point markers. Attach a small triangle of self-adhesive foam for the beak (or just use a snippet of orange or yellow construction paper).

The earlier incarnation of this owl project used different shades of brown construction paper for the owl’s head and its stomach: But we simplified things further and just used markers to draw outlines of feathers on the owl’s chest. Finish by punching 2 holes on the bottom of the tube. Thread a pipe cleaner through the holes, then fasten the owl to your wrist. You’re ready for Hogwarts!