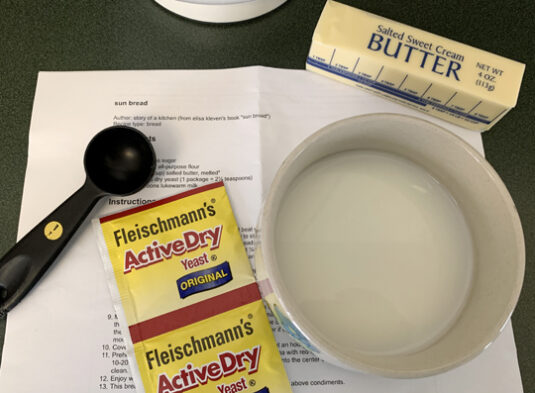 Who doesn’t love the smell of fresh bread baking in the oven? And thanks to a truly adorable book and recipe, you can also get a little sunshine front and center! Let’s head to Katie’s test kitchen for a look!

It was a snowy day, when the New Jersey skies were dark and gray, that I rediscovered the book Sun Bread by Elisa Kleven (Dutton Children’s Books, 2001 – read here by Camp WildWoodz). In the story, the animals of the town have experienced a long hard winter. They are all ready for the seasons to change and for the sun to return. The local baker decides to mix together her own sunshine from the cozy comfort of her bakery. The end result is delicious hot sun bread, which she shares to the delight of the town and their joy awakens the sun from its winter sleep.

I was surprised that my copy of Sun Bread did not have the recipe, which apparently was not included in later printings of the book. After a quick online search, I was able to find the recipe, along with a few personal minor adaptations and suggestions, in a blog post written by Lisa at Story of a Kitchen. 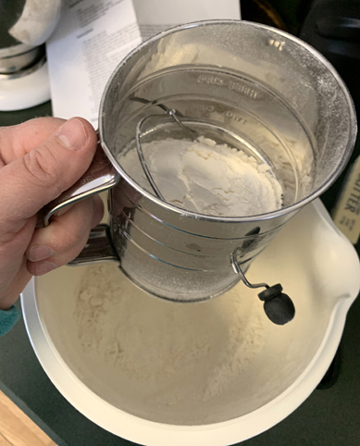 Bread is relatively easy to make. It just takes time, strong hands and a little patience to allow the yeast to work its magic. I had all of the ingredients in my pantry, so I got to work. I followed the instructions exactly as written by mixing everything together and kneading the dough, adding additional flour along the way. 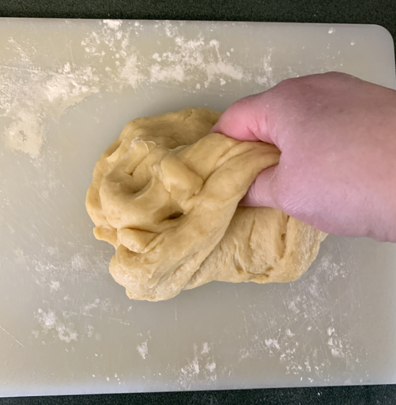 After letting the dough rest and rise for an hour, I deflated and kneaded the larger ball of dough for a second time. I cut the dough ball in half and started creating my sun face. I decided to make the corona of my sun into simple little swirls. 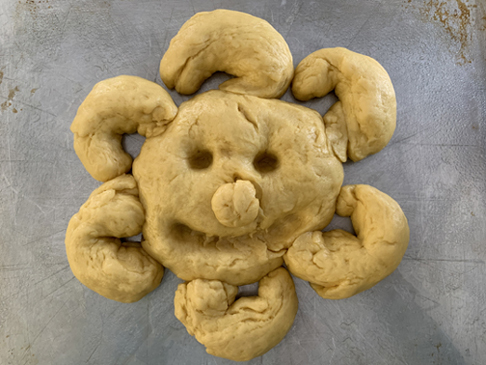 I left the doughy sun to rise for another hour and then slid it into the oven to bake. I checked the bread after 10 minutes and I’m glad I did because it was already a nice golden brown and perfectly cooked through.

It didn’t take long for my teenager to descend upon the kitchen and ask to try a slice of sun bread. It was absolutely delicious! We tried it plain, with butter, and with a variety of different jams. It didn’t matter what we used as a spread, it was wholesomely good. I wish I could tell you how sun bread tastes the next day, but it didn’t last that long. My family snacked on it throughout the day, and we finished the small amount that was left that evening as garlic bread with our spaghetti dinner. 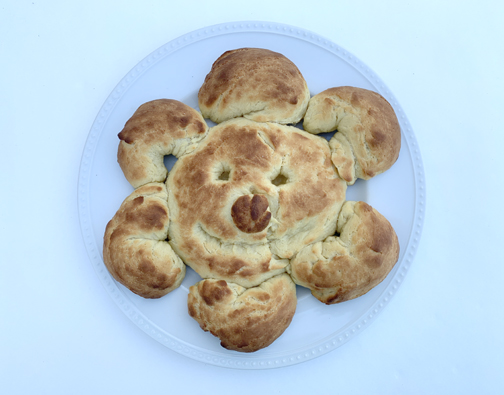 The sun bread recipe is ideal for parents to make with their children. It’s a super simple recipe to follow, you can be creative designing the sun face and corona, and the end result is scrumptious. And let’s be honest… any day is a good day to brighten your spirits with fresh sun bread! 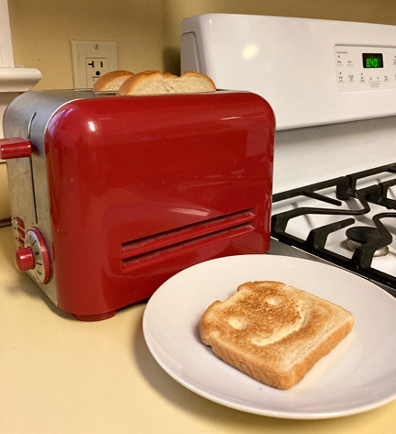 Meet a toast with a LOT of personality! Today’s blog post is a story time, simple project, and quick snack, all rolled into one!

We recommend Toasty by Sarah Hwang (Margaret Ferguson/Holiday House Books, 2021, read here by the Loveland Public Library). Toasty is a slice of bread, but he really wants to be a dog. Even though he knows there are differences and major challenges, the intrepid Toasty heads to the park to meet some pups. Unfortunately, all does not go as planned. But when a girl appears at the moment Toasty needs her the most, a beautiful friendship begins.

Why I didn’t figure out this toast drawing thing when my kids were smaller?!? It’s adorable. First, use you fingers to firmly press a design (or a letter or word) into an uncooked slice of bread. Pop the slice in the toaster, and done!

Of course, me being who I am, I did wonder if the cooking time/temperature impacted how the design appeared on the toast…

The answer is basically no. Above you can see 3 slices of toast cooked on the 1st, 2nd, and 3rd settings on my toaster. The design appears about the same. Or…maybe I did the experiment so I would have an excuse to eat three yummy slices of toast that morning? Hmmmmm. Totally not telling. 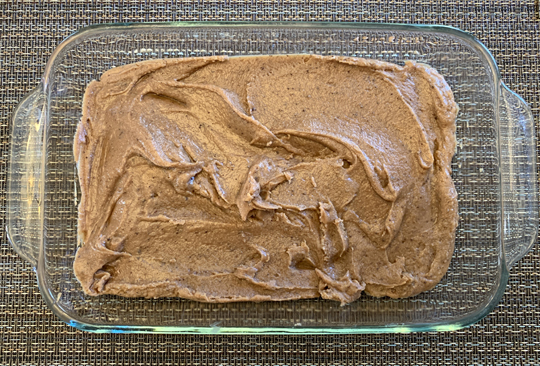 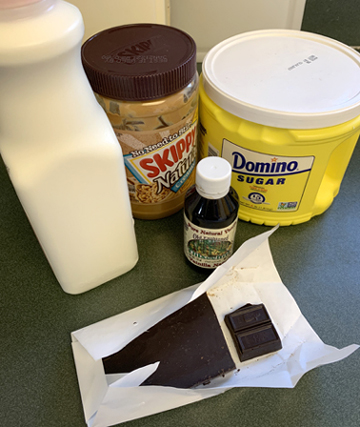 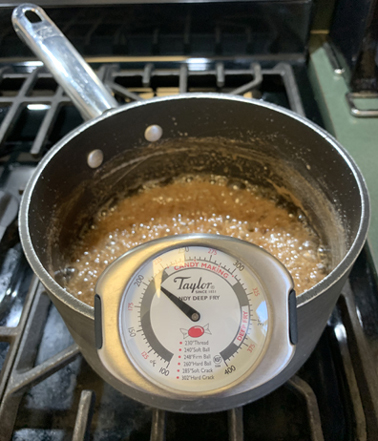 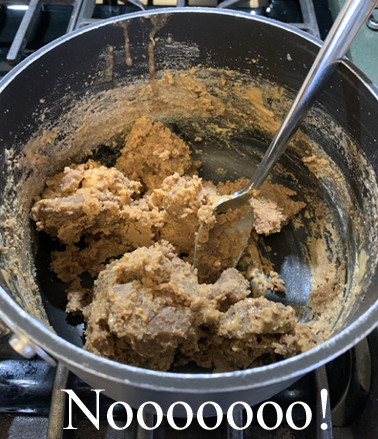 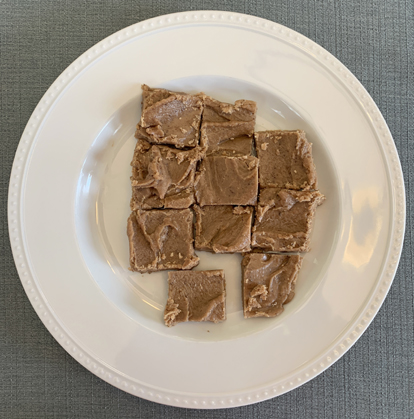