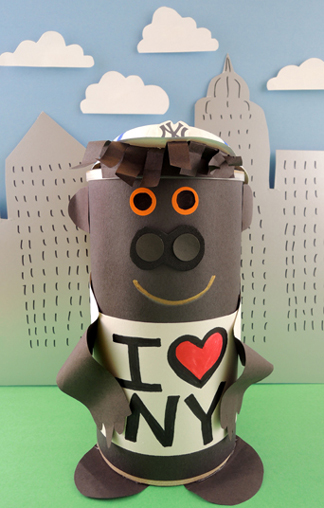 New York City is the place to be, especially if you are an ape who has escape the Central Park Zoo and are determined to take in all the sights! He’s wearing a disguise and the master of hiding – can you find Marvin the Ape?

We read The Escape of Marvin the Ape by Caralyn and Mark Buehner (Dial Books, 1992). It’s feeding time, and Marvin makes his move. Leaving a baffled zookeeper behind, Marvin enthusiastically explores the subways, museums, restaurants, shops, and parks of New York City. He’s definitely not going back to his former life, and what’s more, Helvetica the Hippo is hot on the heels of his success!

This is a simple project and a hide-and-seek game to boot! You can construct your oatmeal container ape entirely using construction paper, or you can add a few things like dot sticker eyes and a self-adhesive foam nose with dot sticker nostrils. 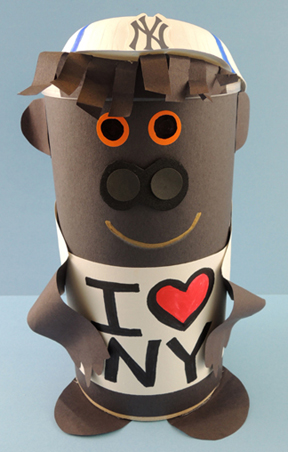 The baseball cap is a trimmed paper bowl with a card stock (or construction paper) brim. We recommend using hot glue to attach the hat and the feet to the oatmeal container. 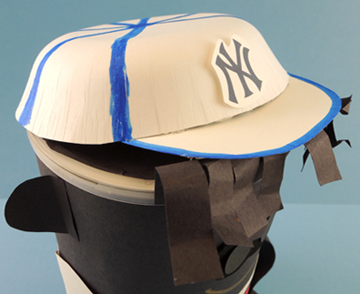 The baseball hat is just one optional for headgear of course. We basically gave the kids a bowl, a strip of white construction paper “shirt” and the Bling Bin and let them put together whatever ape disguise they wanted.Check out this feathery tiara and killer eye shadow! 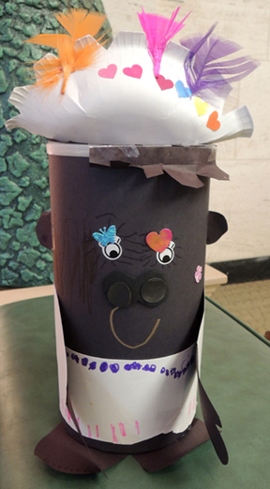 When everyone was done decorating, we played a game of Hot/Cold Hide-and-Seek. Kids hid their apes around our gallery and invited their grown-ups to find them. The kids gave hints if the grown-ups were getting “hot” or “cold.” Hiding games are always popular at our story times. One enthusiastic group played for over 15 minutes! 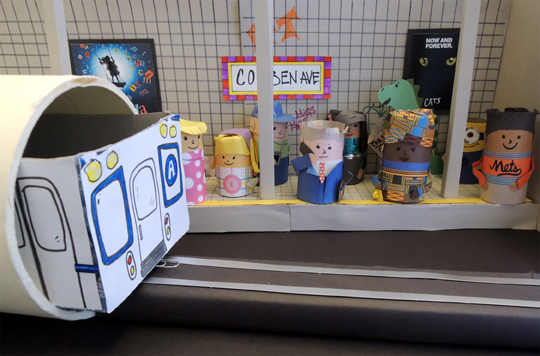 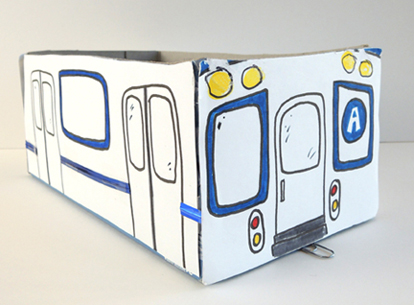 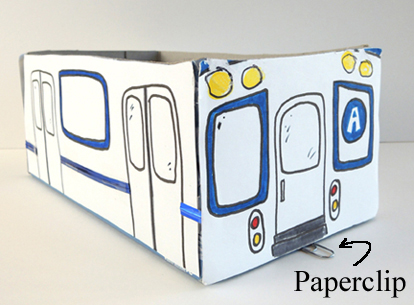 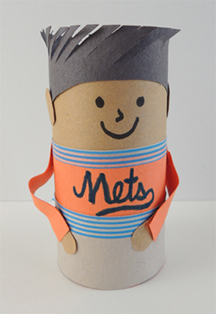 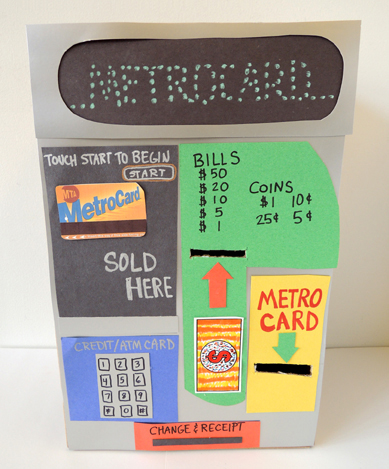 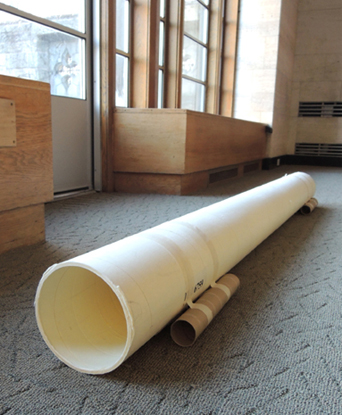 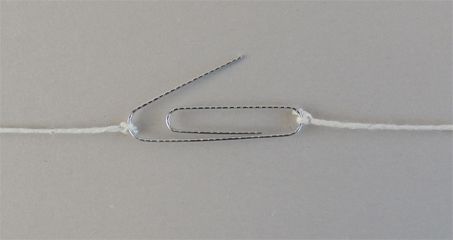 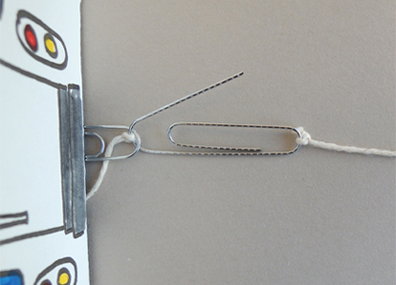 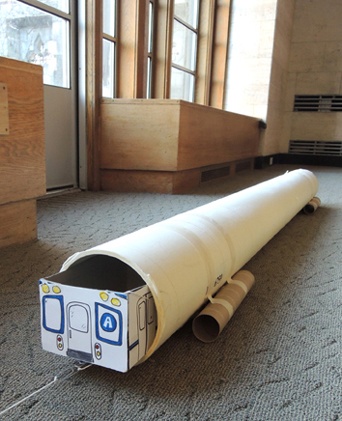 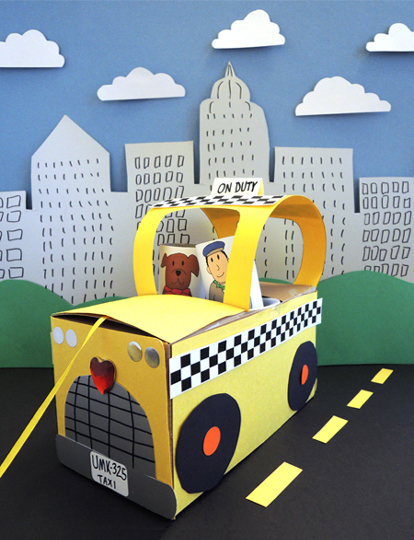 Need to catch a cab in NYC? No problem! We made some pull string taxi cabs and picked up some passengers in a noisy – and most definitely doggy – traffic jam!

We read The Adventures of Taxi Dog, written by Debra and Sal Barracca, and illustrated by Mark Buehner (Dial Books, 1990). A stray dog’s life is changed forever the day Jim the taxi driver adopts him. Instead of being alone and hungry, Maxi now proudly wears a red bandana and helps Jim with his fares. From Sadie the Broadway singer to a young couple expecting a new baby (any minute!), Maxi loves his new life in New York City!

First, cut a rectangle out of the box’s lid (if you’re using a tissue box, flip it over and cut the rectangle out of the bottom of the box). It might be a little difficult to see in the image below, but my rectangle is cut slightly off center. There is approximately 3″ of space above the cut, and 3.5″ of space below the cut. The shorter, 3″ space will be the taxi’s “backseat,” and the longer, 3.5″ space is the taxi’s “hood.” 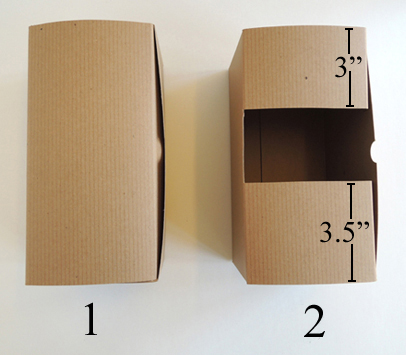 My cut created a 2.5″ x 5″ rectangle, but your cut will vary according to the size of the plastic cups you’re using. You want the cups to rest snugly in the box. Later, these cups will become your taxi riders’ “seats.” 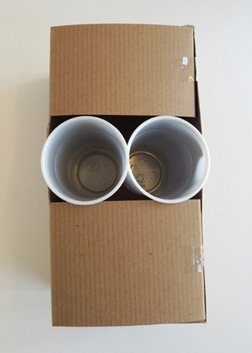 But DON’T tape the cups to the box just yet! Set the cups aside for a moment and cut the roof from the template. Tape the roof to the box like so: 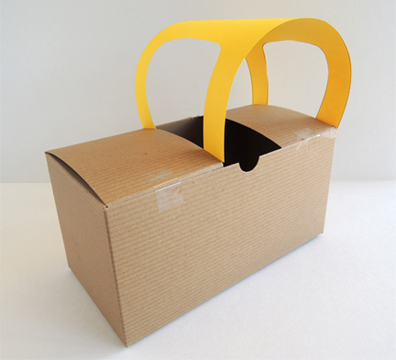 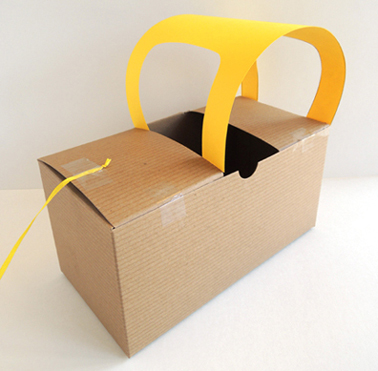 Now cover the hood, front, back and the sides of the taxi with yellow paper. Tape (or hot glue) the long and short checker strips from the template to the sides and roof of your taxi. Tape (or hot glue) the black poster board circles to the sides of the box for wheels, and add some orange dot sticker hubcaps. Now put the plastic cups back into the taxi, and secure them to the box with tape. 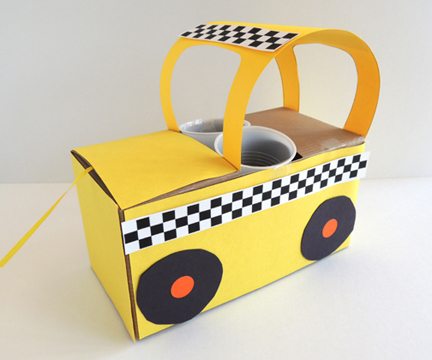 On to the front of the taxi! We used 4 metallic dot stickers to make double headlights, a strip of silver metallic poster board for a bumper, and a rectangle of a silver metallic poster board for the grill (I rounded the top of my grill and used marker to add grill lines). A large gemstone hot glued to the top of the grill adds a nice pop of color. The “On Duty” sign from the taxi parts template gets folded along its dotted line, then taped to the roof. Finally, I found some old white office file stickers in the art cabinet, which we turned into license plates (or you can use scraps of paper, and tape or glue them to the bumper). 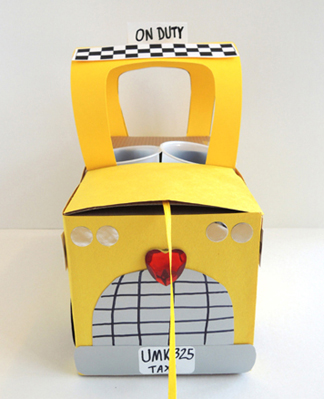 To the back of the taxi we added: 4 red dot sticker tail lights, a silver metallic poster board bumper, a license plate, and a fabulous “I ♥ NY” bumper sticker (also created out of old office file stickers). 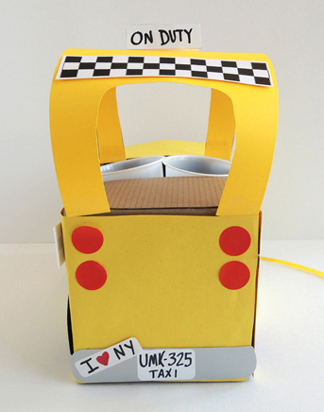 The final step is to color your driver and dog template pieces, and wrap each of them around a toilet paper tube. Drop them into the plastic cup seats. 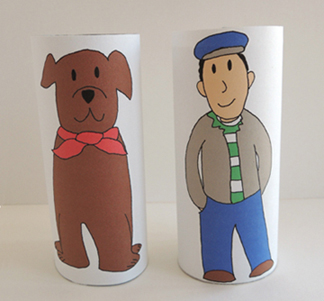 When the taxis were finished, it was time for our “traffic jam” activity! First, I collected all the dogs and lined them up on a windowsill. When I shouted “GO!” the kids pulled their taxis over to the windowsill, found their dogs, popped them into their taxis, and zoomed away. It sounds simple, but we had a lot of kids at story time that day, resulting in a stupendous traffic jam.

As you can see, the fastest taxi arrived at the dogs first… 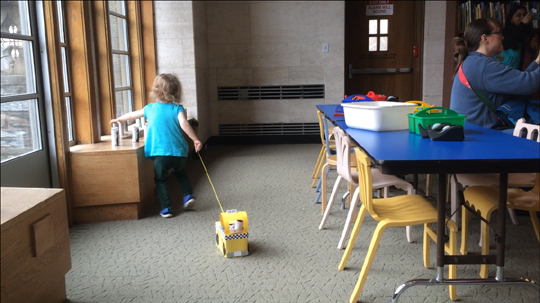 It was quickly followed by another taxi… 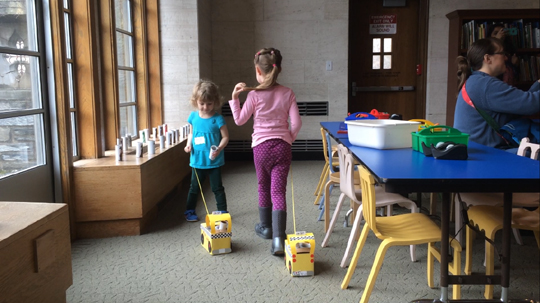 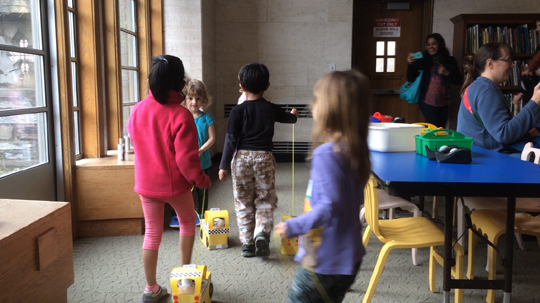 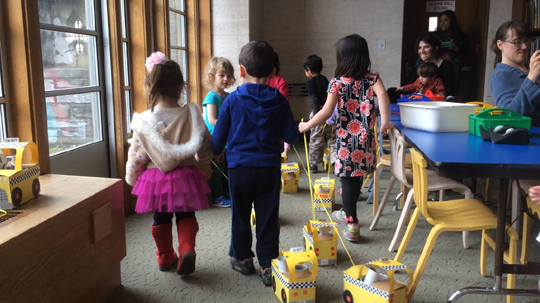 Pretty soon we had a full-on crazy NYC traffic jam! 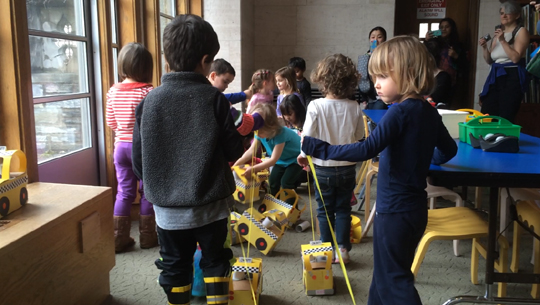 I made a sound file that combined honking horns and barking dogs, looped it for 4 minutes, and burned it to CD. I played the CD during the activity, adding to the chaos and fun!