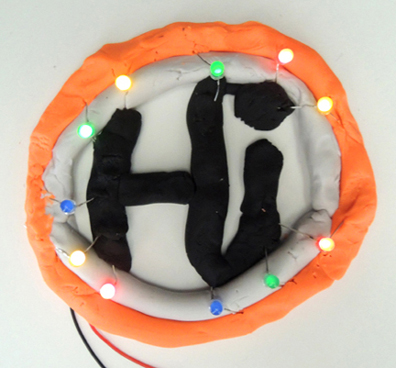 When it comes to crafting, the best way to send that project over the edge of coolness is to LIGHT IT UP! We’ve wired flannel boards with conductive thread, tested a neon sign writer, made super simple lanterns, made some slightly-more-complicated lanterns, crafted a vehicular night light, a castle votive, lightning bugs, cities of light, and illuminated underwear. And who can forget the interior lights on Marissa’s blog birthday cake? 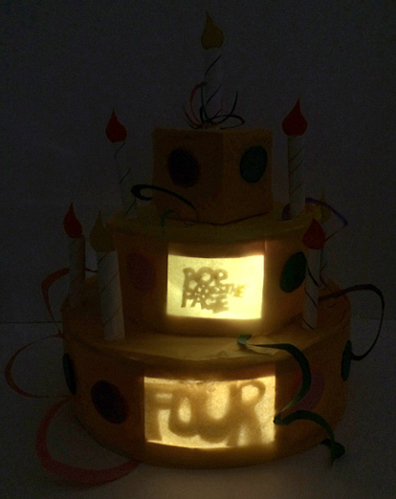 So when we spotted the Circuit Clay kit by Klutz we were excited. Ideally, the kit allows kids to do all sorts of electrical experimenting, with the added bonus of sculpting unique creations. But conductive clay? Would that even work? I must admit, we were a wee bit skeptical. 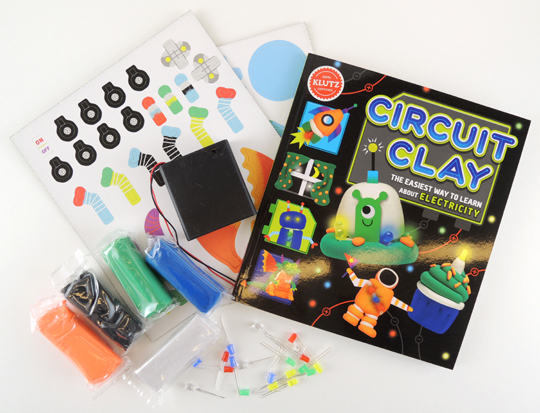 The Klutz kit retails for around $22 (ages 8 & up). It contains a 52-page instruction booklet, 4 packs of color conductive clay, 1 pack of white insulating clay, 20 color LEDs, a battery pack (4 AA batteries required), and 52 paper embellishments for your projects. Katie put the kit through its paces. Take it away Katie!

Following the instruction booklet’s explanation of a basic circuit, I molded two balls of green clay into cubes, pushed the wire legs of a red bulb into each cube, and inserted the positive (red) wire and the negative (black) wire into the cubes. Lo and behold, the bulb illuminated when I flipped on the battery case! 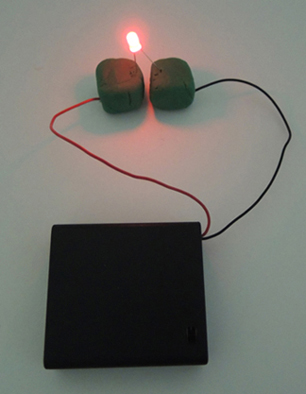 Feeling certain in my understanding of basic circuits, I moved ahead in the instruction book and created a Princeton University-inspired orange and black flower, complete with a little glowing bee and butterfly from the kit’s paper add-ons.

The flower project required the use of the insulating clay, which doesn’t allow the electric current to flow through it. However, the instructions were straightforward. The clay petals were pretty thin, so it was challenging to make sure the bulb’s wire legs were fully inserted. One wrong move, and the bulb would go out. This issue would be doubly hard for kids. However, the end result was pretty cool: 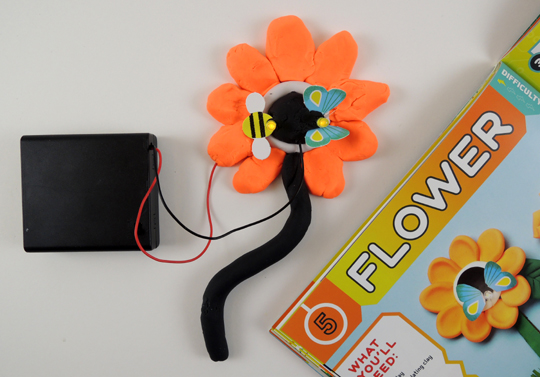 A note about the instruction book: it is an exceptionally well written and illustrated manual that provides easy to understand lessons for kids about electricity. Kudos to Klutz for using every inch of the book with colorful images and educational descriptions. 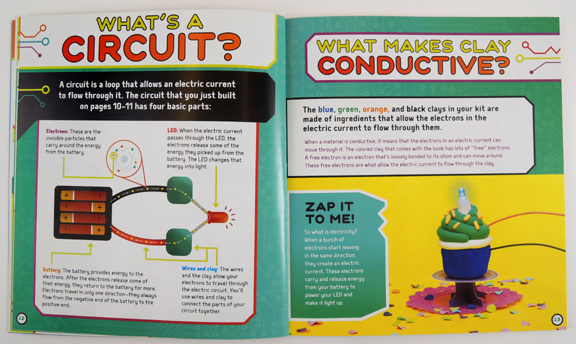 Riding a wave of confidence, I decided to crank it to 11 and make my own design with as many lights as possible. As I was forming the letters to say “Hi” and the circle around it, I had to remember to maintain the circuit between the conductive clay and the insulting clay. I will admit this was a little challenging, and I *may* have broken several bulbs putting it together. But eventually it worked! Here’s a photo of it in full darkness. Notice that the blue bulbs are much dimmer? 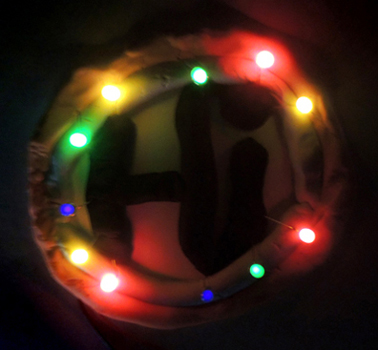 Now for the bad news. I found the clay was quick to crumble and shred, even fresh out of the package. It was sometimes tough to keep the LED bulb’s long wire legs fully inserted into the designs, and it was frustrating at times to figure out how to set up the different circuits. Finally, the book says to “keep your clay in a resealable plastic bag or container so it won’t dry out.” I did seal it in a Ziploc bag, but a couple weeks later, the clay was dry, flaky, and nearly impossible to manipulate. 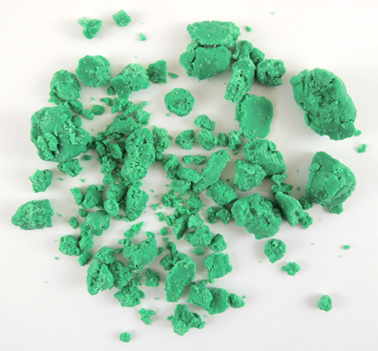 The Klutz Circuit Clay is definitely a clever way to teach kids about electricity without them accidentally getting hurt or shocking themselves. It’s an activity children with patience and strong reading skills can do on their own, but younger kids will definitely need assistance. The suggested age range may be a little low (ages 8 & up), but I’m not sure if kids older than 10 would find this experiment worth their time and attention.

Following in the footsteps of our kid tester, Hope, and weighing the pros and cons, I rate this product 2 out of 5. The lessons about electricity, circuits and positive/negative charges are great, but the flaking clay, easy-to-break LED lights, and tough-to-mimic designs might be frustrating for kids. 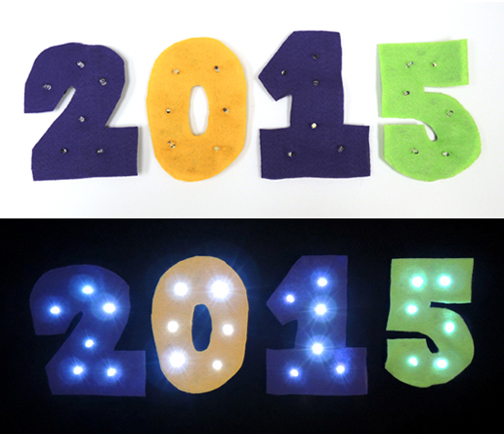 Some of you may recall this post, in which I visited my friends at scienceSeeds and reported on all the cool science toys they are currently playing with. There was one toy, however, that I didn’t include because I wanted to do a special post on it later.

Get ready to usher your story time flannel board into 2015…may I introduce…the brilliant…the amazing…the mesmerizing…conductive thread! Yes, this thread conducts electricity, which means that your flannel can be rigged with lights!

The good news is that all the electrical components listed above will cost you less than $10. A 30 foot bobbin of the thread is $2.95, and the LEDs are between 20¢-50¢ each. A battery holder is about $1.95, and the coin cell batteries, which can be purchased just about any retail store, are between $1-3 dollars (the one you see in the image below is size CR 2032). scienceSeeds buys most of their supplies from SparkFun Electronics, an online company. 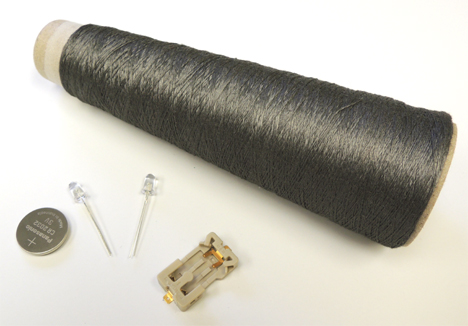 Since we were using lots of LEDs, Lindsay, our scienceSeeds flannel artist, decided to do 2 layers of flannel. The black “background” layer held the thread and the batteries, and a colorful top layer hid the stitching. The results were colorful, tidy, and sturdy. Here’s what the back of our flannel numbers looks like:

Next, push the legs of an LED through the felt. Curl the legs into circles using a small pair of scissors, jewelry pliers, or needle nose pliers.Then stitch the legs to the felt with the thread. 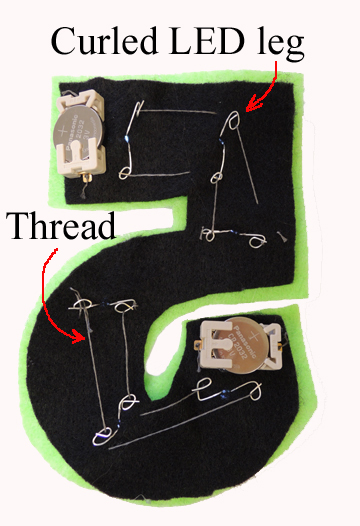 Worried you won’t be able to rig things up correctly? Worry no more. The battery holder’s negative post is clearly marked, and the negative leg of an LED is always the shorter of the two. 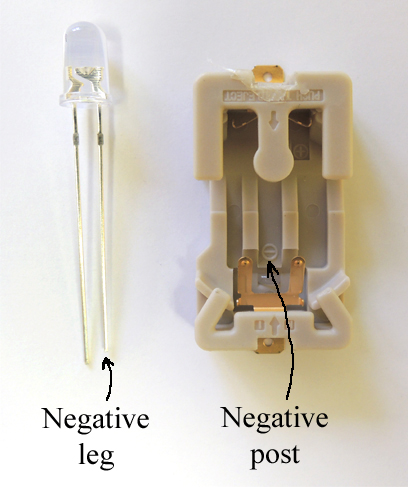 You can just connect one LED, or you connect a train of them. One important thing to note: if you’re using just one LED, the battery tends to heat up (as opposed to multiple LEDs in a strand, which share the power load). If you’re using just one LED, you might consider adding a resistor (i.e. an electrical component that limits the flow of a current through a circuit). Many LEDs already come with resistors.

When everything is connected, slip a coin cell battery into the battery holder. Your LEDs will activate, and your flannel board will glow! We discovered that the weight of our LEDs, battery holders, and coin batteries made our flannel numbers drop off the flannel board (Viva Las Vegas!). But the problem was quickly solved with a bit of Velcro.

You could also move beyond flannel boards! Here are a few projects from the scienceSeeds workshop. A handsome owl puppet with glowing eyes… 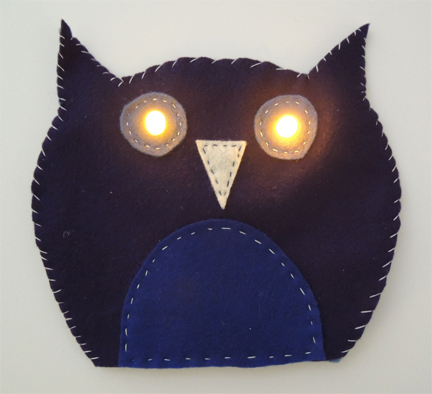 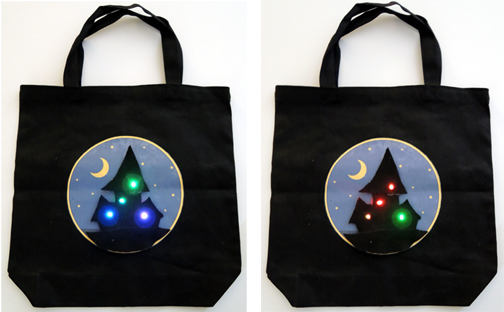 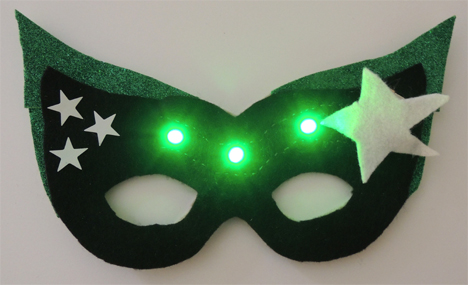 In addition to conducting electricity, the thread can also be used decoratively. You can see it here, adding some silver highlights to the mask. 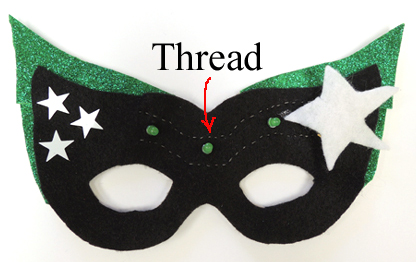 OK…you have the tools and the know-how. Cue up Pachelbel’s Canon in D, go forth, and illuminate!

Many thanks to scienceSeeds for rigging up the fantastic 2015 flannel!