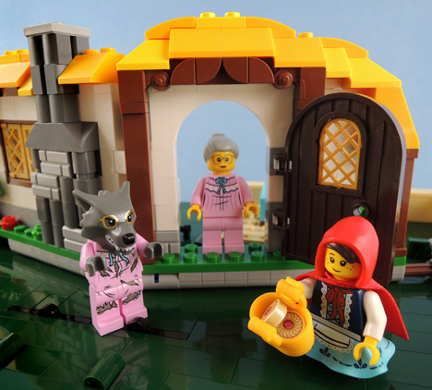 It started with an excited text from Katie: “Check out this LEGO set!” The accompanying image made my heart go pitter pat. LEGO has created a fairy tale pop-up book. I think it took oh…maybe 15 seconds for me to order one for blog testing? The set was Katie’s discovery, so she gets to do the honors. Take it away, Katie!

The brilliant folks at LEGO have done it again. They created an honest-to-goodness pop-up book out of LEGO bricks!

Before I go any further, I will fully admit that I was quite skeptical when I saw the “Once Upon a Brick” Pop-Up Book from LEGO’s Ideas line set in my son’s new 2019 LEGO catalogue. It claimed it was the “First pop-up book in LEGO history” and features two fairy tale stories: Little Red Riding Hood and Jack and the Beanstalk. Awesome, but would it work? 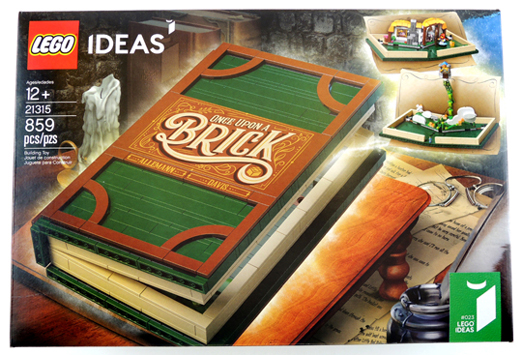 The set retails between $50-$70. There are 859 pieces in the box and the suggested age range is 12+. The instruction manual is a novel in its own right, weighing in at a hefty 162 pages. I loved that at the start of the instruction manual, LEGO introduced the fan designers who came up with the original idea for the pop-up book, as well as the LEGO designers who helped bring the book to LEGO life. 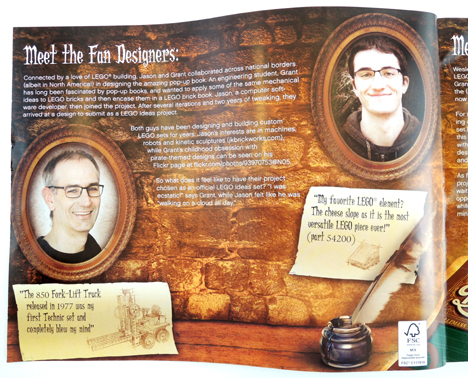 LEGO also provided the history of pop-up books, which date back to the 13th century, and briefly discussed the two fairy tales that are a part of the set. Along with words of encouragement to “Create your own fairy tale!” and “Build your own story…,” the instructions to build your LEGO set starts.

There are six bags of LEGOs to build the pop-up book. I found the instruction manual was straight-forward and easy to follow. There were only a few times when the instruction images were a bit tricky and forced me to slow down to pay close attention to the details. There are also lots of little pieces, especially when building Jack and the Beanstalk, so have your nimble fingers ready to attach small LEGOs to each other. 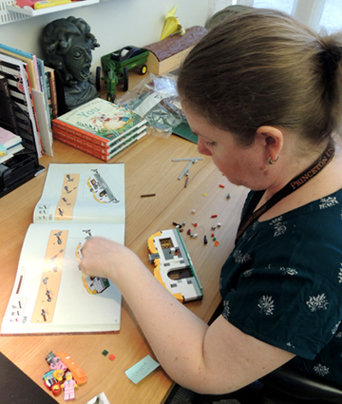 The instructions have you build the Little Red Riding Hood cottage first. As I attached the pieces inside the book covers, I wasn’t sure the cottage would properly fold down and create the pop-up book illusion. But it really works! 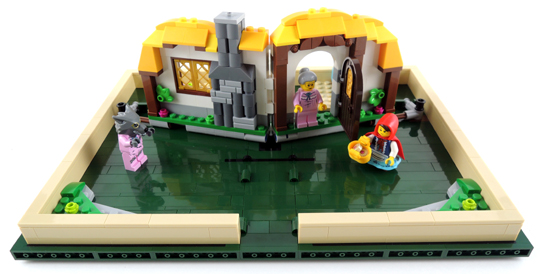 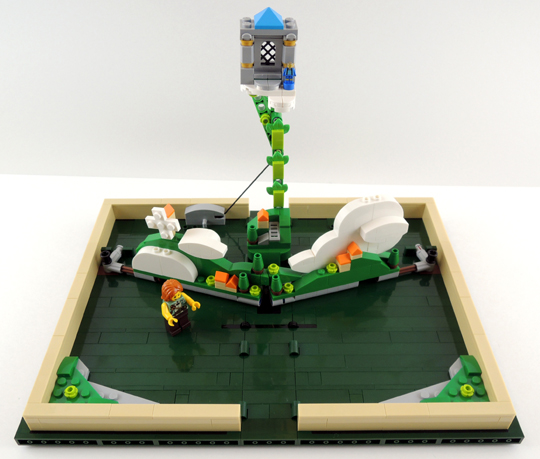 The attention to detail with this LEGO set is remarkable. You get the feeling that you are handling a real book when you have it in your hands, and the ease of how the pieces pop-up when you open the covers is stunning. 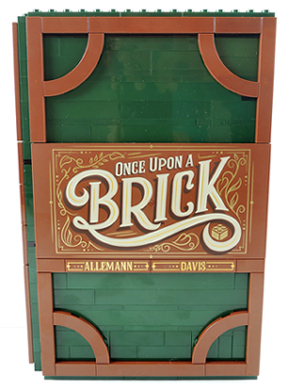 My *only* complaint – and perhaps it is merely a humble suggestion – is that the little windmill blades in the Jack and the Beanstalk tiny town should have been a different color. They sort of blend into the white clouds surrounding them. 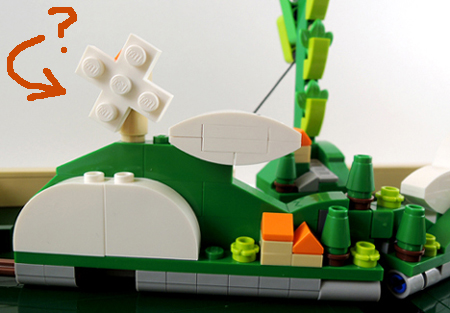 It took me about three hours to put the LEGO set together. I do agree with the suggested age range of 12+. The complexity of the set would be tough for younger kids to complete on their own, but they could probably build it with assistance from an adult.

My rating for the newest book in the Cotsen Children’s Library special collection: 5 out of 5 stars!