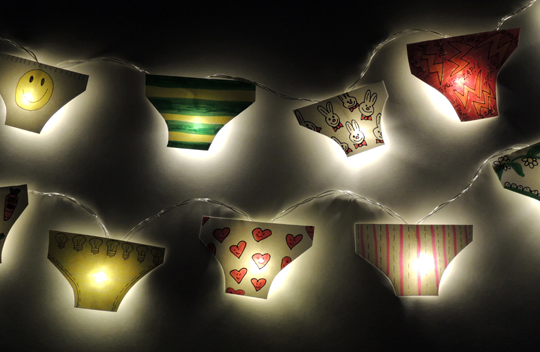 In my 11 years of crafting for the Cotsen Children’s Library, I must admit this is a first. Glowing string light underwear. But wait! We can explain!

We read Creepy Pair of Underwear!, written by Aaron Reynolds, and illustrated by Peter Brown (Simon & Schuster, 2017). Shopping for underwear doesn’t usually lead to terrifying episodes with creepy green glowing undies. But in the case of Jasper Rabbit, it does. No matter how Jasper tries to hide, vanquish, or destroy them, his creepy underwear return time and time again. Finally, he buries them in a deep pit and they are gone for good. Except…that creepy greenish glow was actually rather comforting in the dark. Perhaps Jasper can find a way to make peace with his creepy underwear? What can one do with underwear that glows in the dark?

For starters, we recommend using battery-operated string lights as opposed to plug-in lights. This avoids complications with that wild, unpredictable thing otherwise known as electricity. We found our string lights for $3 in the Dollar Spot section of Target. They were sporting little lanterns (which we removed and used on another project). 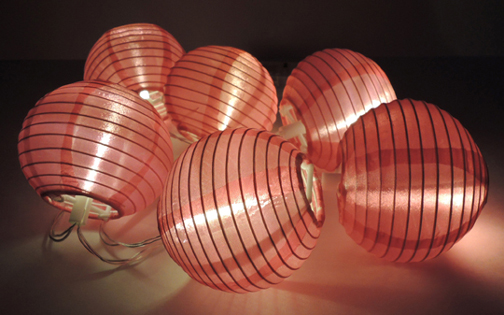 To make your illuminated underpants, cut underpants shapes from white card stock, then decorate with markers. Tape the underpants to the string lights, and let them glow! 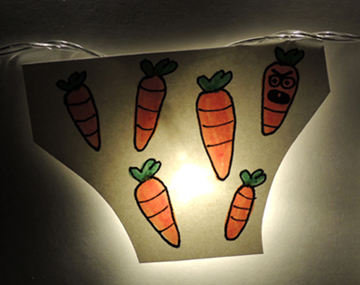 Psst! Did you spot the Creepy Carrot on the underpants? They stalked our story time too!