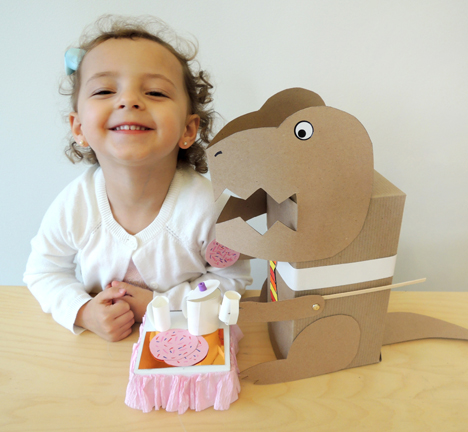 The cookies are served, the tea is steeping, and now it’s time to greet your guest…a very civilized T. Rex puppet that sips tea and nibbles delectables!

We read Tea Rex by Molly Idle (Viking, 2013). When Cordelia invites Mr. Rex to tea, she follows all the proper rules of etiquette. Of course, it quickly gets derailed by T. Rex’s size, loudness, and clear preference for snacking on her little brother’s teddy bear. Nevertheless, she persists, and later earns an reciprocal invitation to a dino-mite tea! 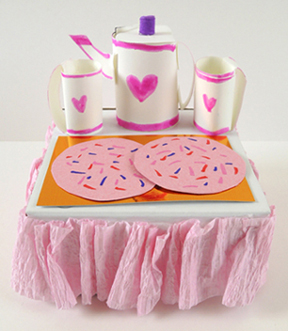 First, set your tea table! We used a 2″ x 4″ x 4″ craft box, but you can also cut down a small tissue box. Add a crepe paper streamer skirt to make it extra fancy. The teapot template is from this Delicious Dim Sum post. Use the leftover paper from the template to create teacups, a serving tray, and cookies. Once the table is ready, it’s time for your guest to arrive… 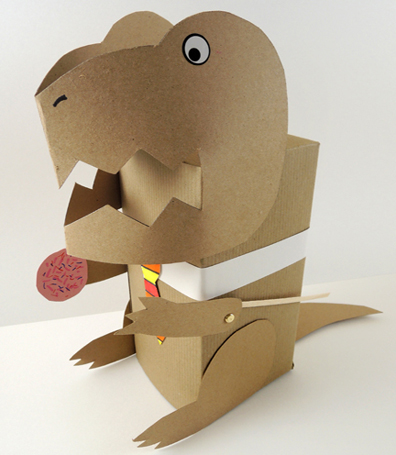 Our T. Rex puppet is a 4.5” X 4.5” x 9” craft box, but a large tissue box wrapped with construction paper works too! The head, legs, arms, and tail are made from brown poster board, and his collar and necktie are extra teapot template paper.

The puppet’s arms swivel on brass fasteners. Simply tape wooden coffee stirrers to the backs of the arms to get them to rotate. Tape a cookie and a cup to T. Rex’s hands, move the sticks up and down, and watch him enjoy his refreshments! 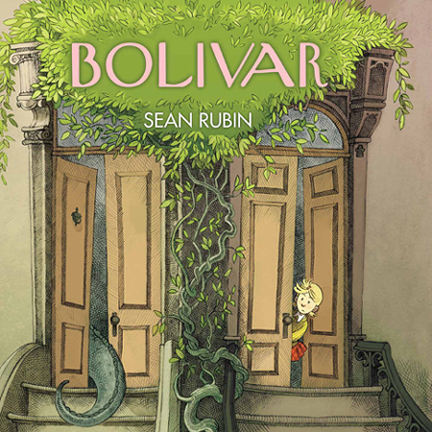 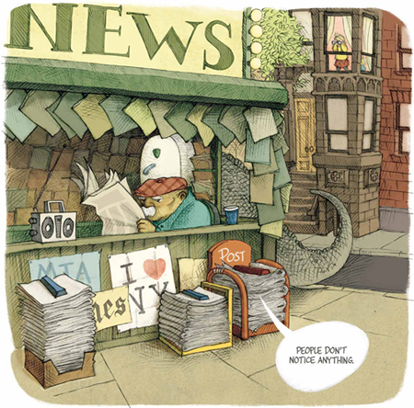 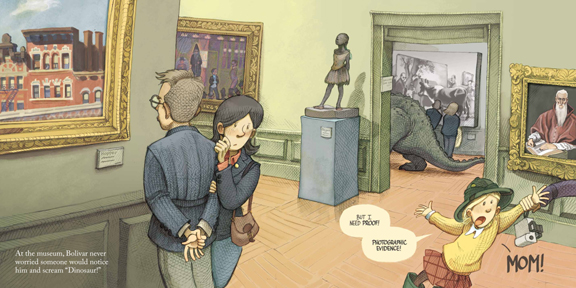 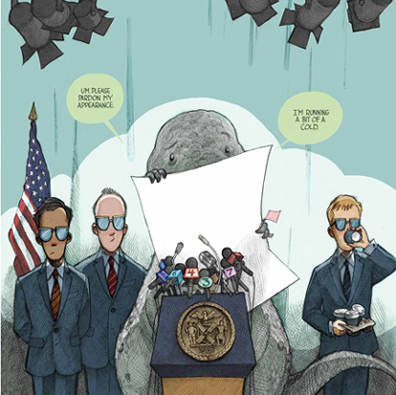 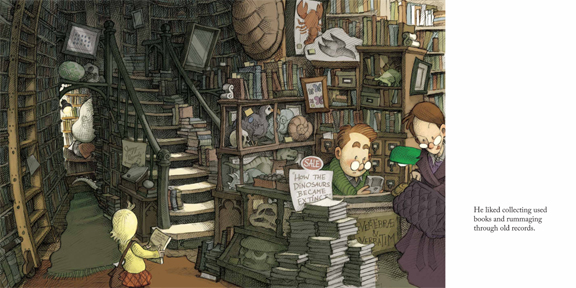 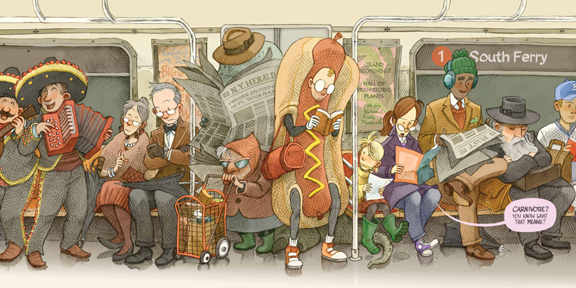 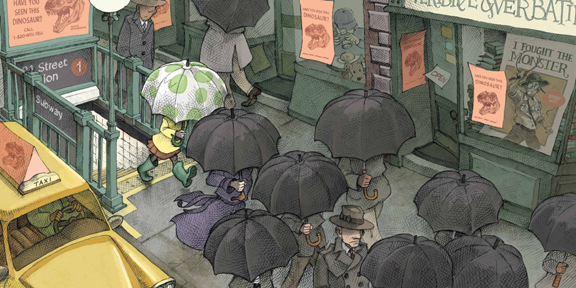 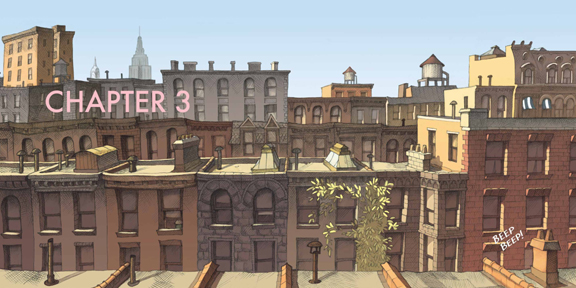 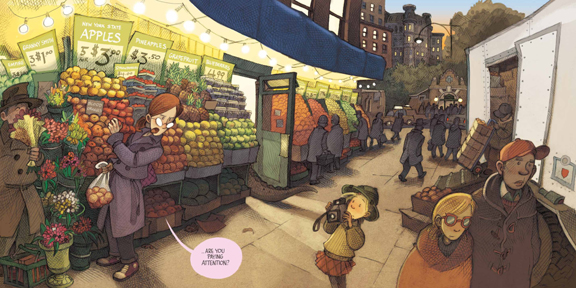 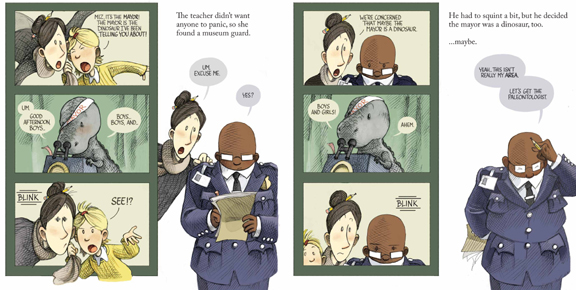 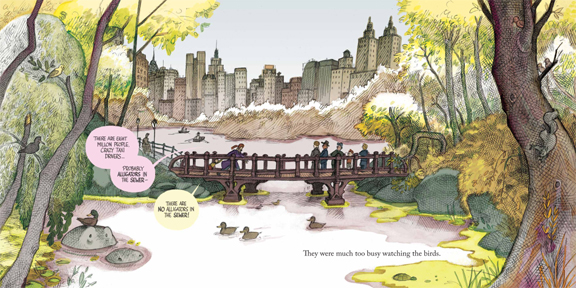 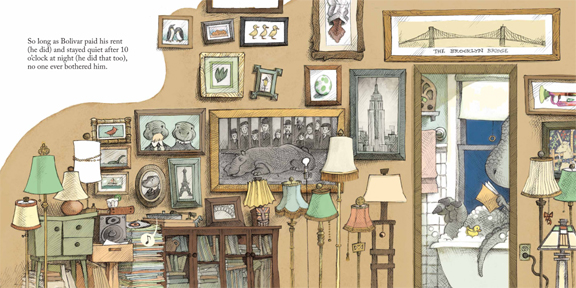 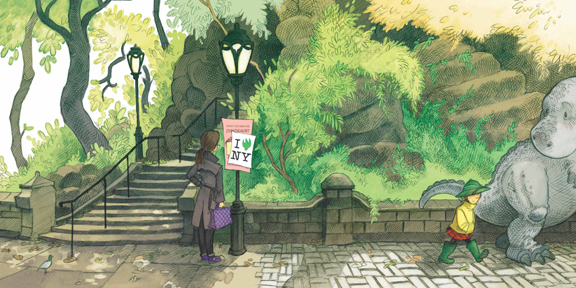