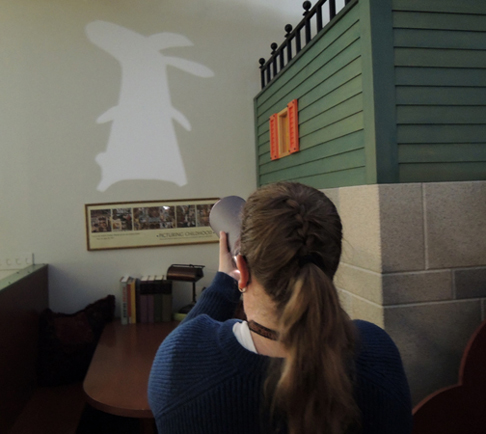 It’s a simple DIY projector that creates an enormous shadow friend! All you need is a sheet of paper, an oatmeal container, and a cell phone flashlight. And have we got the PERFECT storytime book for it!

We recommend reading The Black Rabbit by Philippa Leathers (Candlewick, 2006, read here by Storytime with Miss Abi). When Rabbit is stalked by an enormous Black Rabbit, he tries everything to escape his foe. He loses him in the deep dark woods, but unfortunately encounters a hungry wolf! Rabbit gets chased and just when things look bleak (and with juuuuust the right amount of sunlight), the Black Rabbit appears and saves the day!

First, cut a circle of black construction paper that fits over the open end of a large oatmeal container. Then use scissors or a utlilty knife to cut a design into the circle. Attach to the oatmeal container using hot glue or tape. 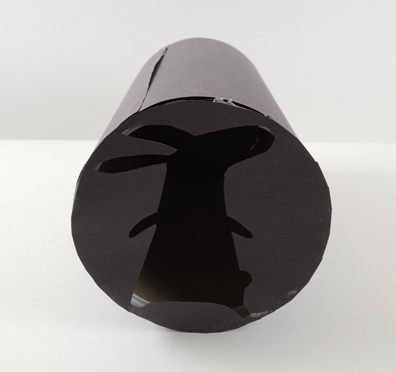 On the other end of the oatmeal container, cut a pinhole that’s just a tad larger then your cell phone light. 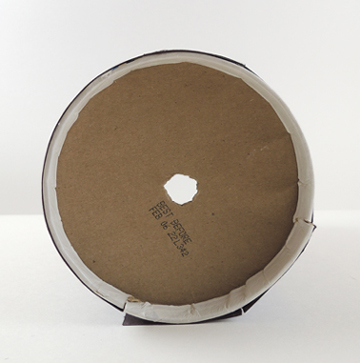 Find a darkened room, activate the flashlight on your cell phone, and place the light against the pinhole of the container. Point the image towards the wall and watch the magic happen! Move closer to the wall for a smaller projected image, and further away for a super large projected image. 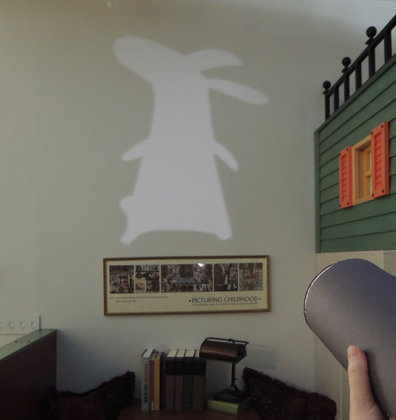 FYI: we discoverd that a cell phone flashlight definitely works best. We tried a regular flashlight and found it produced a blurrier, less definied image, as seen below. 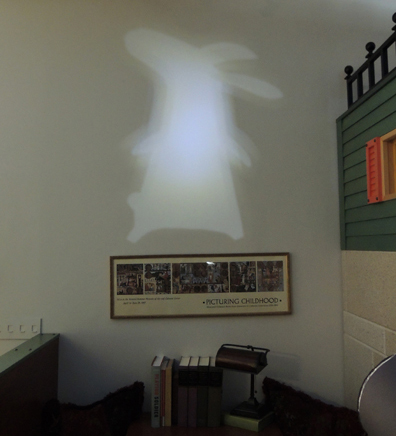 Make one shadow projector, or create several and put on a fabulous show!