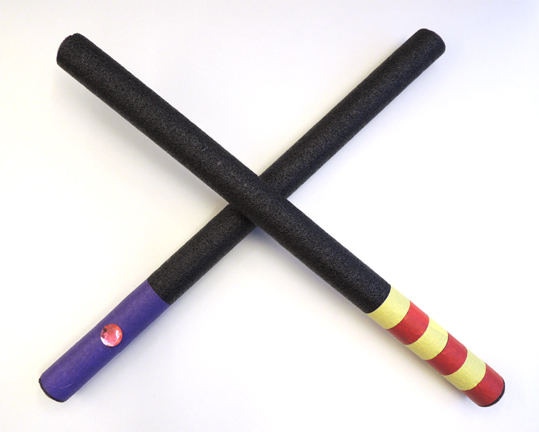 Every pirate needs a cutlass, every musketeer needs a saber, and every knight needs a sword! But the combination of kids and swords can get a bit… dicey. Someone always get dinged, bonked, poked, or conked.

So you need a sword that will hold up in battle but that won’t bruise on impact. Foam is usually the way to go but foam swords can get a little pricey and fall apart quickly.

I have a solution for you. Straight from the plumbing section of your local hardware store. 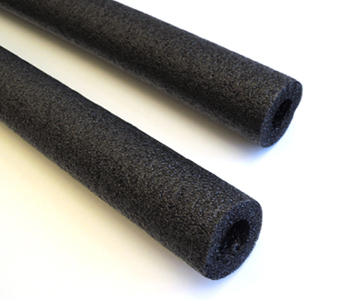 It’s tubular foam pipe insulator. Also called “that gray foam tube that gets wrapped around pipes.” It’s made out of polyethylene (the same stuff as pool noodles and kickboards). I use the 1/2″ diameter foam, which comes in 6′ tubes and costs 97 cents. You can cut it easily with scissors. I can get 3 good-sized (i.e. 20″ – 21″) swords out of 1 tube. That’s 32 cents a sword. Oh yeah.

You can wield the sword as a plain tube, or you can create a “hilt” by wrapping the base with color masking tape. To reach the pinnacle of royalty, try hot gluing a large gemstone to the hilt as well. Grab your shield, and you’re ready to sally forth! 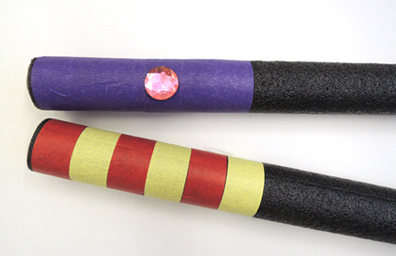 Pssst! If you’re looking for another amazing find in the plumbing section, check out this post. If you’re yearning for a cannon to go with that pirate sword, you can find it here. Looking for a dragon to adventure with? Click here! 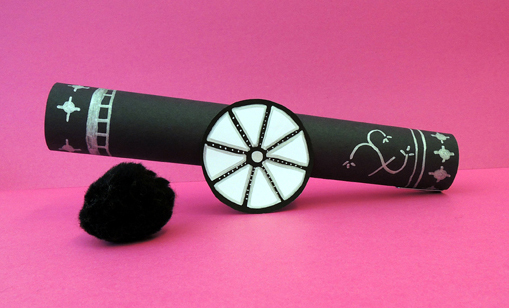 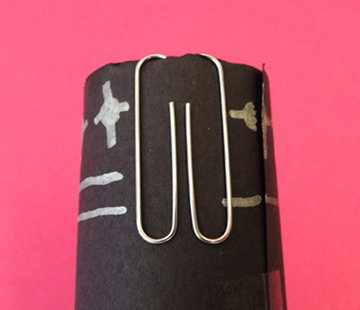