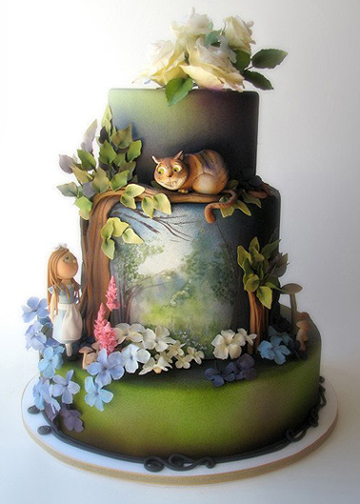 Today is the 185th birthday of Lewis Carroll, and we decided to celebrate with Katie’s Top 10 Alice in Wonderland cakes. And, if you need some party favors, we’ve listed a couple of our Alice-themed craft projects and activities at the end of the post! 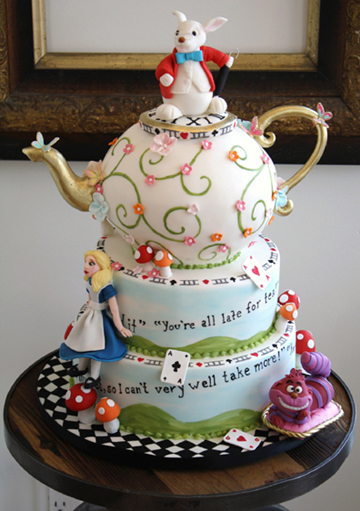 By Bobbette and Belle 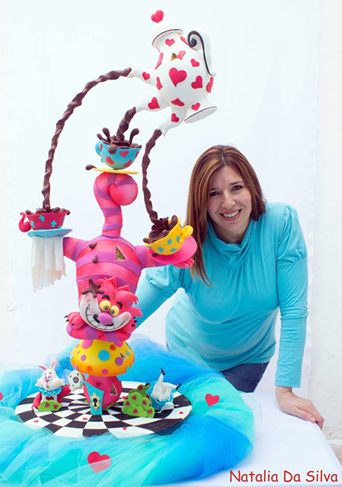 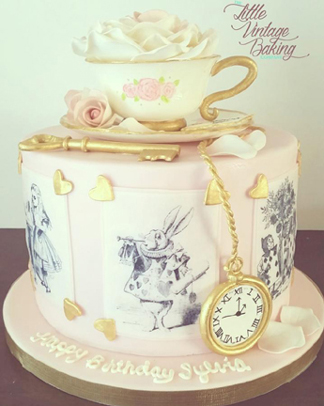 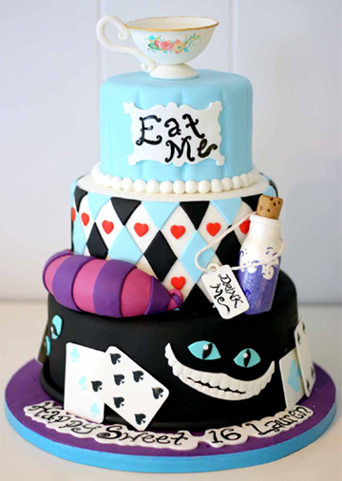 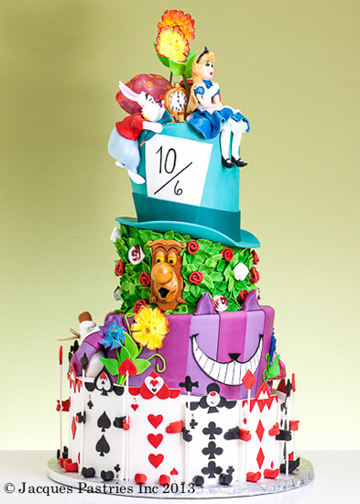 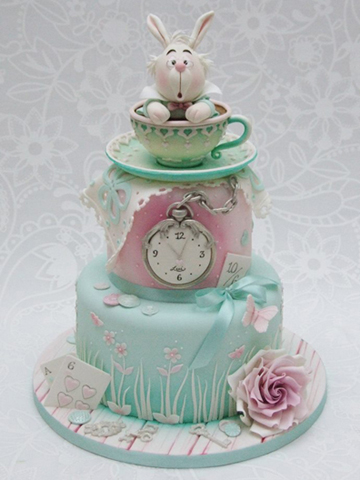 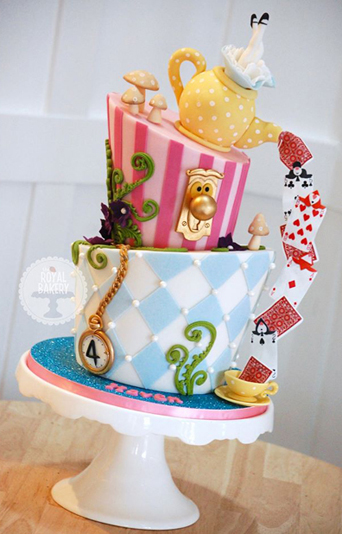 By The Royal Bakery 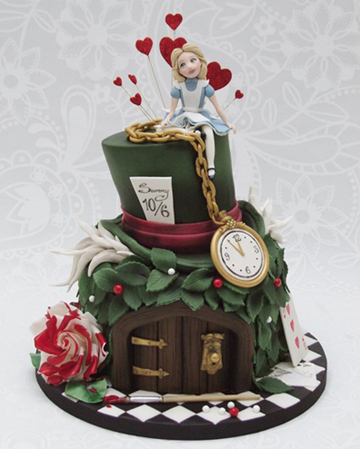 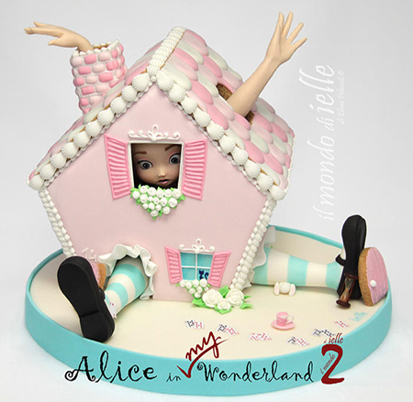 Alice in Wonderland inspires all sorts of creativity, and I’ve definitely had a lot of fun coming up with Alice-themed projects over the years. In fact, in 2009 I coordinated a large-scale Alice event that included a giant chess set, Earl Grey chocolate gelato, a Snark Hunt, performances of Jabberwocky, flamingo croquet, Victorian history activities, giant mushroom bowling, horse-drawn carriage rides around campus, and more! 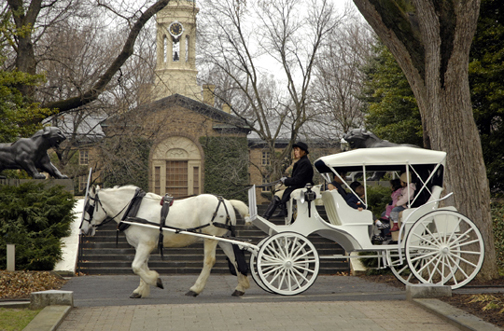 If you’d like to see the event map, here it ’tis. The front of the map lists all the activities. The back features book quotes or informational blurbs tying the activities back to the books, Lewis Carroll, or Victorian England. Like all of our programs, the event was open to the public and free of charge.

On the blog, you can check out this playful, but incredibly easy-to-make Cheshire Cat grin. 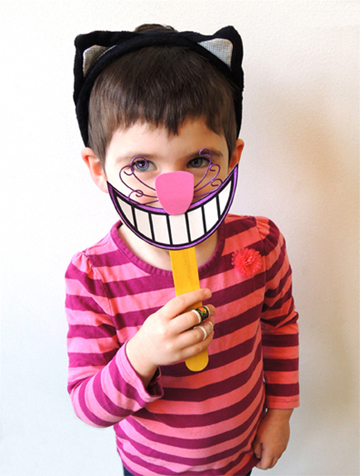 Or this really cool Victorian visual toy called a thaumatrope. At the very bottom of the thaumatrope post, you can also see Marissa and I channeling our inner 80s – and I don’t mean 1880s folks.

And what about tea? 2016 was the 150th anniversary of the publication of Alice’s Adventures in Wonderland, and we put together an elaborate Victorian tea program, complete with big hats, mini scones, and a generous serving of history. 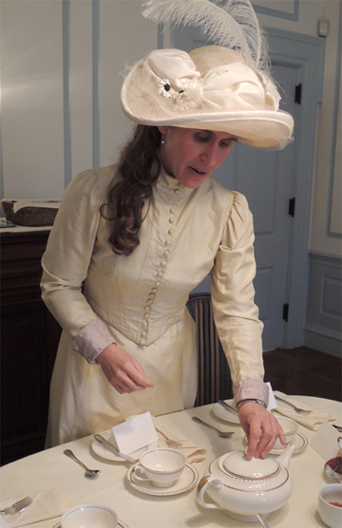 The Library of Congress went all out for the 150th anniversary as well. In this post, you can see some of their activities, lecturers, and Miss Joani in a replica of Alice’s iconic dress. 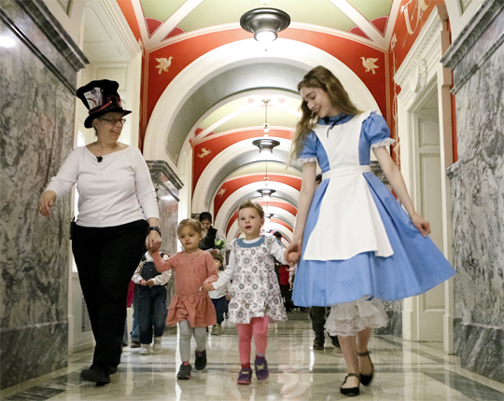 However, the award for the most whimsical Alice connection goes to the Mazza Museum of International Art from Picture Books (which I blogged about here). In their children’s loft, you can follow the White Rabbit down the hole… 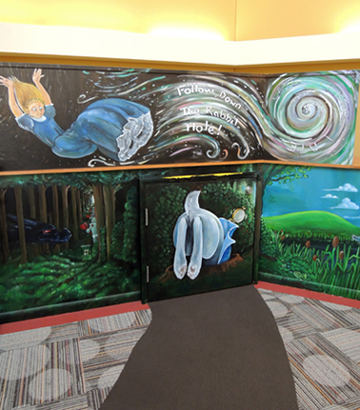 And return to the main gallery via twisty slide! 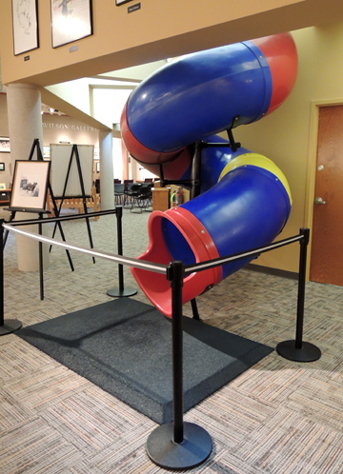 Dang. I want a twisty slide in my place of employment. 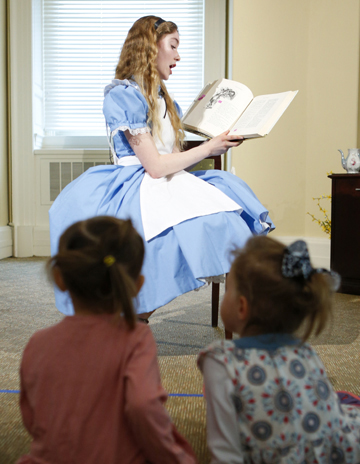 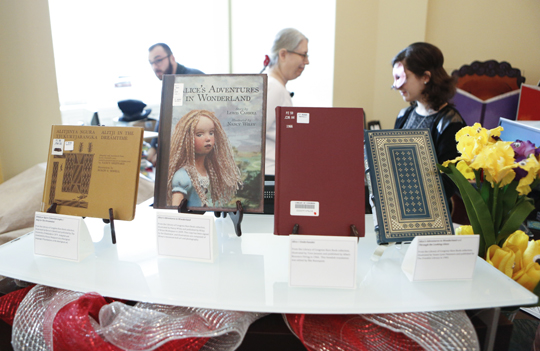 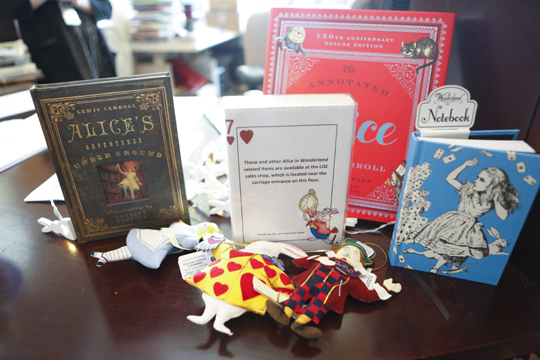 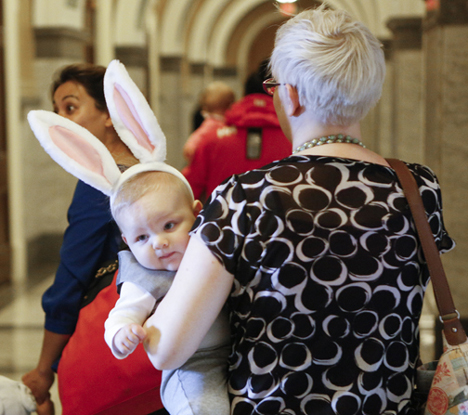 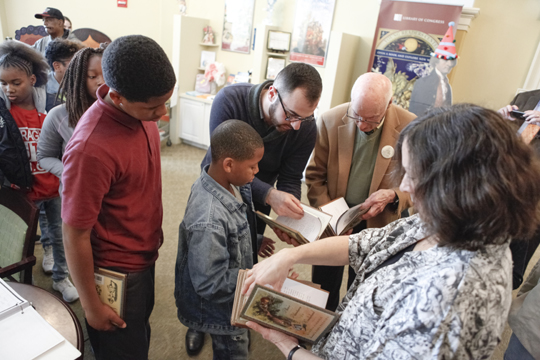 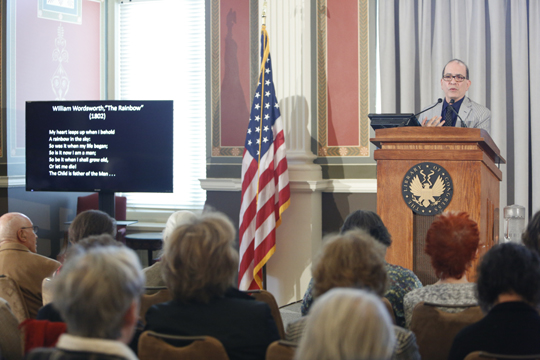 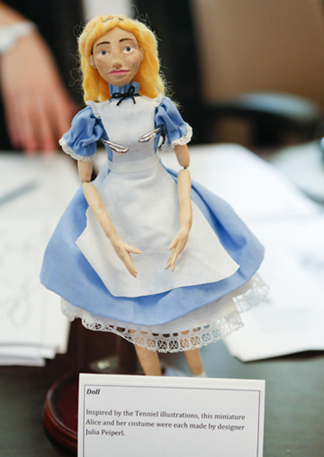