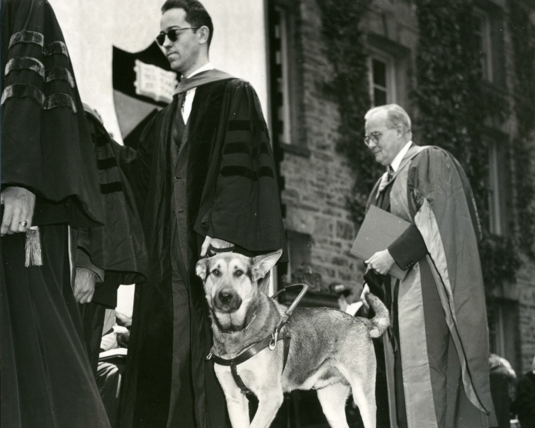 Campus canines abound! Blog readers in the New Jersey area should definitely check out the Princeton 275 exhibit at the Seeley G. Mudd Manuscript Library. Curated by April C. Armstrong, Rosalba Varallo Recchia, and Iliyah Coles, the exhibit’s selections showcase Princeton University’s growth and transformation from its first charter in 1746 to today. It’s fascinating and thoughtful, touching on topics such as racial integration, coeducation, and inclusion. The Mudd Library exhibit is open to the public and free of charge.

What caught our eye at the exhibit was the image you see above. That’s Peter Putnum, Princeton undergraduate class of 1942 and Wick, his amazing guide dog. Putnam lost his sight between his sophomore and junior years, and, despite worries that the University would be able to accommodate him, graduated with high honors in modern languages. Putnum continued on to earn a Ph.D. in history and had a long career as a writer and activist.

You can read more stories behind the Princeton 275 exhibit here, but Wick got me and Katie thinking about other famous dogs on campus. We found some interesting connections, starting with the secret bulldog on the University Chapel! 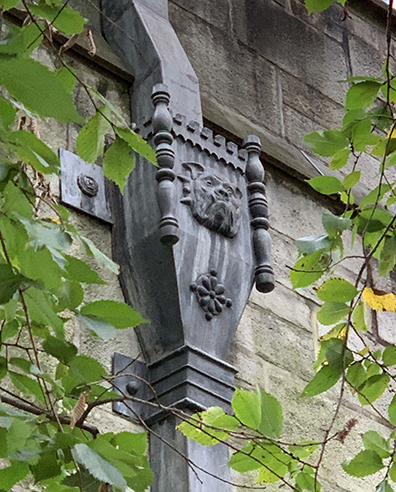 Legend has it that the bulldog (the mascot of Princeton’s rival Yale) was sneakily added to the drainpipe by the Chapel architect, Ralph Adams Cram. The myth has since been debunked, as Cram did not attend Yale. But who knows? SOMEONE placed the bulldog on the drainpipe in Princeton tiger territory.

Another pair of famous canines are Bo and Sunny Obama. Though technically they never came to campus – former First Lady Michelle Obama was a Princeton student in the 1980s – we like to think they would have enjoyed being with her! Below is a White House holiday card sent to Princeton faculty member Toni Morrison, personally signed by the Presidential family (and the doggies!). 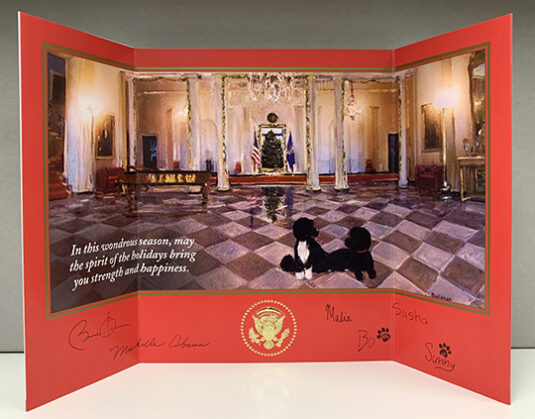 We started with Wick, and we wanted to finish the post with another famous campus service dog currently on active duty. Meet Sgt. Alvan Flanders and Coach, two beloved members of Princeton University’s Department of Public Safety team. 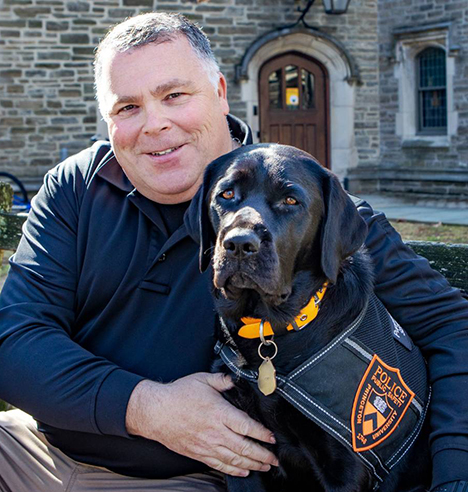 Coach is not a police canine in that she does not sniff for drugs or explosives. She was trained by Puppies Behind Bars, an organization that works with prison inmates to prepare dogs for community caretaking roles. Coach and Sgt. Flanders bring support, joy, comfort, and smiles to countless students. 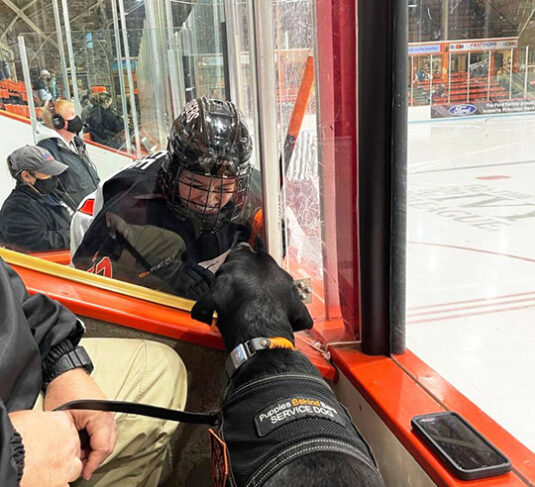 If you would like to see more historical images of dogs on campus from the Princeton University Archives (including Princeton’s capture of the Yale bulldog – perhaps in revenge for the drain pipe?) you will find the gallery here.

Many thanks to April Armstrong for the personal tour of the Princeton 275 exhibit, which runs through October 30th, 2022