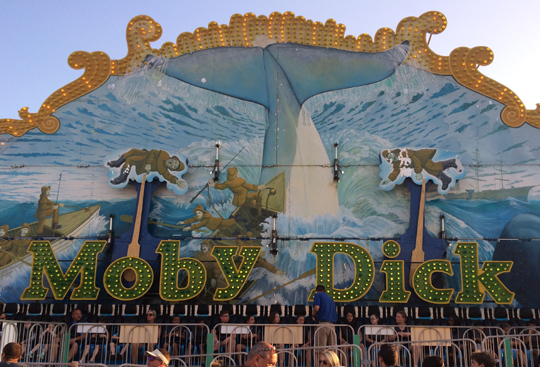 To each their own thrills, be it the humble log flume (Dr. Dana) or the insane 128mph coaster that basically turns your face inside out (Katie). Inspired by my Moby Dick sighting on the Wildwood, New Jersey boardwalk, Katie and I had a lot of fun researching this post. The only criteria was that each ride had to be physical, not a virtual, IMAX, or 3D experience. So strap in…here are our Top 10 literary-themed amusement park rides! 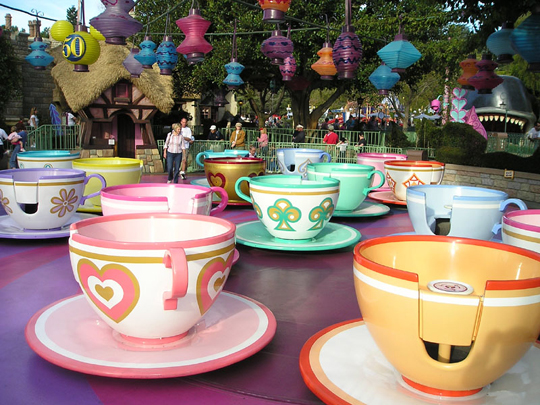 Perhaps the most classic is Mad Tea Party, an Alice in Wonderland spinning tea cup bonanza at multiple Disneyland parks across the globe. Whimsical and charming, it also gained significant notoriety for being voted “most likely to make you hurl” by unfortunate family members on a grand day out. 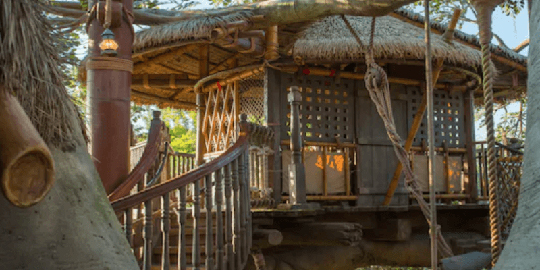 Also in Disneyland is the amazing Swiss Family Treehouse walk-through attraction based on the famous novel J.D. Wyss. Hmmmm. I wonder how long it would take them to actually discover me living in it à la Claudia Kincaid? 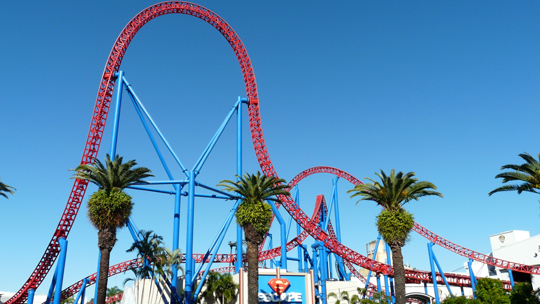 Image courtesy of Wikipedia, by Chensiyuan

Leaping briefly over to comics, we have this awesome accelerator coaster at Warner Bros. Movie World in Queensland, Australia. It goes from 0-62mph in 2 seconds. Not quite faster then a speeding bullet, but WOOOOOOOOOOOSH! 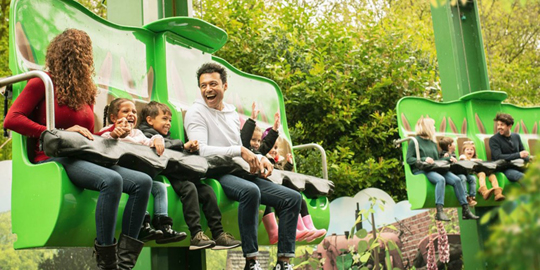 Located in Staffordshire, England in the Alton Towers theme park, this Peter Rabbit ride is just flat out adorable. Though the prospect of being taken “high into the sky” in a tiny plastic seat with my children and suddenly dropped is exactly the type of thing to give me nightmares 10 years on.

#6 VOYAGE TO THE CENTER OF THE EARTH 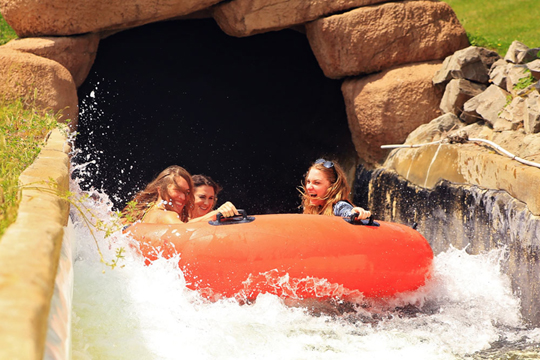 A clear nod to Journey to the Centre of the Earth, this watery dark ride resides in Water World, Denver, Colorado. It’s got inflatable rafts, animatronic dinosaurs, and the thrill rating is “high.” What could possibly go wrong, Professor Lidenbrock?

#5 A DAY OUT WITH THOMAS 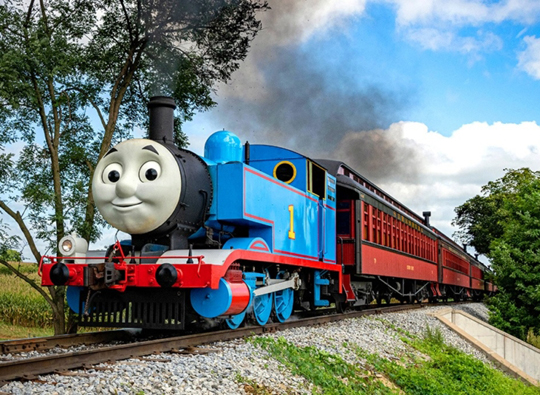 This one’s for my son! He’s now a teenager, but back in the day he was a massive Thomas the Tank Engine foamer. Considering the ride is just over in Strasberg, Pennsylvania, I might take him there for his next birthday. Seriously. He might be game.

#3 THE WIZARDING WORLD OF HARRY POTTER 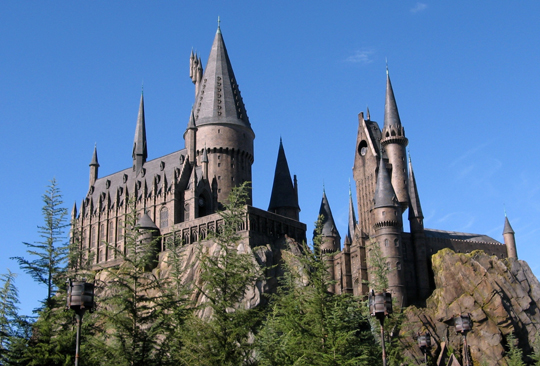 Image courtesy of Wikipedia, by Rstoplabe14

Couldn’t leave THIS off the list! The Wizarding World of Harry Potter at the Universal Resort in Orlando, Florida has an inverted coaster, a steel coaster, 2 dark rides, AND a full scale replica of the Hogwart’s Express. Plus butterbeer for later! 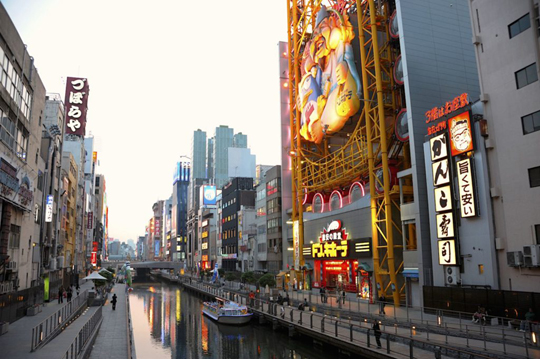 OK, this one’s a bit of a stretch, but it’s SO cool we had to include it! The only ovular Ferris wheel in the world, patrons of the Don Quixote store in Osaka, Japan can enjoy a ride up and down the side of the building! 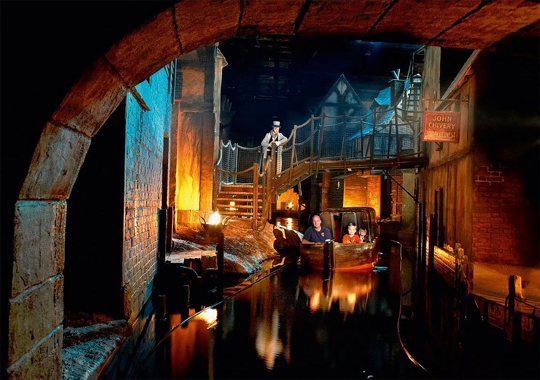 Courtesy of Design You Trust

Before you get too excited, the Dickens World theme park in Kent, England closed in 2016. Here, you could watch live-action re-enactments of famous scenes, go through an interactive haunted house, take a Great Expectations boat ride, or turn the kiddos loose in the “Fagin’s Den” playground. Which, given Fagin’s role in the famous novel is, to say, rather…twisted.