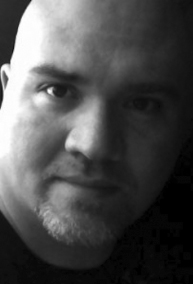 Max Spencer, middle school student, is about to have a very unusual day. It begins when he drags an old book from under his bed to use for a last-minute book report. Unbeknownst to Max, this book is the legendary Codex of Infinite Knowability, the most powerful book in three worlds, and Max is a descendent of Maximilian Sporazo, the book’s creator. Right now, however, Max is just hoping to avoid the school bully, Ricky “The Kracken” Reynolds, and hang out with Dirk, his hyperactive, game-obsessed best friend.

When Max unknowingly unleashes a spell from the Codex, he transports himself, Dirk, a girl named Sarah, and a disgruntled dwarf named Dwight into a future where humans are extinct and machines have taken over. It’s going to take more than Glenn, the Legendary Dagger of Motivation, to get them out of this mess. As if that isn’t bad enough, Max and his companions are being hunted by a unicorn. A bad unicorn. A nasty, petulant, human-eating unicorn. Princess the Destroyer has agreed to find Max and the Codex in exchange for an all-the-humans-you-can-eat rampage in Texas.

Bad Unicorn is irreverent, ironical, and completely hilarious. Clark composes an epic tale of good versus evil complete with nods to Dungeons & Dragons, computer games, malevolent sci-fi robots, zombies, and 80s arcade games. There’s even a dash of geek romance and an explanation of the true purpose of jackaolopes. Bad Unicorn has it all. The second book in the trilogy, Fluff Dragon, was released last month.