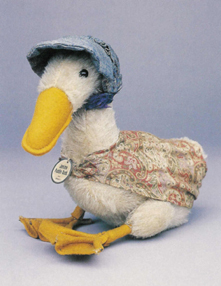 Next to Peter Rabbit, Jemima Puddle-Duck is one of Beatrix Potter’s most endearing and memorable characters. This charming stuffed animal version was created for Potter in 1910 by two of her neighbors, Miss Hammond and Miss Mills. The cloth for the shawl even came from the calico factory owned by Potter’s mother’s family. This toy was the prototype used to secure a patent for a mass-produced stuffed animal. In fact, you can still buy a version of the stuffed toy today. 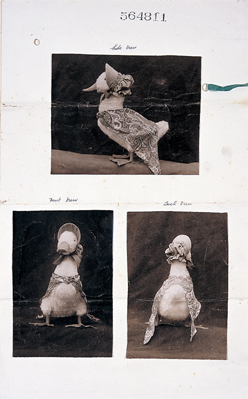 Jemima had a place of honor on top of Beatrix’s book case until she was given to Freda Jackson (nee Storey), the daughter of Beatrix’s farm manager in the late 1950s. Imagine what a wonderful present that would be!