I am delighted to announce the 2019 winners of our annual 350 for 50 writing contest! Young writers were challenged to compose a short, 350-word story that included the sentence, “The delicate smell defied description.” Winners from each of our 3 age categories enjoyed a $50 shopping spree at Labyrinth, our local bookstore. Congratulations to this year’s talented writers! 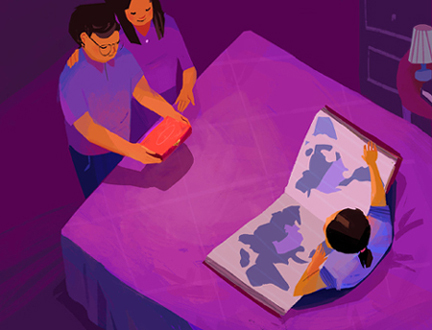 “Lin! Dinner!” Mama said this in English, the new language that I needed to learn. Mama wasn’t going to say anything in Chinese anytime soon. I sighed. I was dreaming of home. My home is in Xi’an, where I had friends and family close by, not 7,287 miles away. In Xi’an, I had friends. I was smart. But now, everything is different. We are in America. A strange country, far away from Xi’an.

“Coming,” I told my mom. I said this in English, too, or else Mama would have scolded me that I had to learn my new language. This was because of the grade I got in English class in my last report card. I had done well in the other subjects, especially art. Mama says that I have a special talent. Baba says that art would follow me everywhere, no matter where we are. I closed the atlas that I had been studying, rolling new words over my tongue like rolling ocean waves at the beach.

I clomped down the stairs and into the kitchen. It is a big kitchen. Mama says we should be grateful. She says now we have more space. But there is also more space for loneliness. I sat down at the table with Mama. Baba wasn’t home yet. Mama placed a steaming plate of baozi in front of me. The delicate smell defied description. It reminded me of home.

After dinner, I was studying the atlas again. Baba knocked on my door.
“Come in,” I told him. I winced, because I had forgot to say this in English. But Baba didn’t scold me. Instead, he placed an old, red, wooden box on my bed. I recognized the box immediately. It was the box that belonged to my great grandma.
“This is for you.” Baba told me. I stared at the box.
“Go on, open it.” Mama urged. She just come into the room. I opened it. Inside was a delicate bamboo paintbrush.
“Mama and I thought it was the right time,” Then he paused. “To give it to our young artist.”

Sandra was alone. She wasn’t alone in the sense that there was nobody near her. This kind of alone was being a grain of salt within a vast sea of sugar. Nobody could tell there was a unique piece in humanity’s puzzle.

What made Sandra so different was that she just knew what would happen. But people wouldn’t believe her when she predicted the future, and so the Shrouded Beings took over Earth.

It was that kind of quiet, gradual invasion that would go unnoticed until it was too late. They came. Nobody realized because the Beings would hide themselves until they attacked (hence the name “Shrouded”). Soon, most people got enslaved and it seemed too late to get the planet back.

There was one remaining place in the world the Beings hadn’t reached, however. Sandra lived there, with other unenslaved humans, and she was desperate to make the Beings surrender. Everyone said it was risky, but Sandra was determined.

She decided to find their weak spot. Everybody had one, or some terrible, debilitating memory. For Sandra, it was the memory of her sister, Annabeth, sucked into blackness when the Shrouded army attacked…

At night, she snuck outside, clutching a flashlight. Leaves rustled beneath her feet. A Being was listening. All of a sudden, Sandra felt a jolt all through her body… Did a thunderbolt strike her? No… she was inside a Shrouded being! Surrounded by darkness, she noticed something.

She was nearing the part where the heart was, the heart that everyone said was bottomless, monstrous, straight-out cruel. But these rumors were wrong, judging by the scent it gave. The delicate smell defied description. It was… a familiar smell, that of Annabeth’s skin and hair!

Annabeth was trapped inside the Being’s heart. But Sandra could ignite the heart and de-cruelify it, making it release the humans it had absorbed. She could save Annabeth with the flashlight in her hands.

Sandra saw the girl, hair as radiant as the sun, her leafy-green eyes, and knew who it was.
“Annabeth…,” there was hope in her voice. “Is that you?” 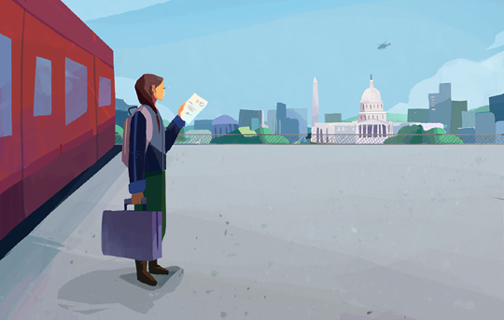 Jane could hardly believe it. She was on her way to Washington! She was so excited that she could hardly think straight. No one had been allowed in or out of the capital since the start of the war, save for a few exceptions. Last year, some people from Jane’s 10th grade class had written letters to the president’s office, asking for solutions to the problems the country was facing. Most of them had asked questions or shared demands, but Jane had just written a few ideas that she had. No one really expected a response, the president hardly gave any information to anyone, but Jane was surprised to find a green envelope in her mailbox a week later.

As Jane sat quietly on the train, she took the note out of her bookbag and read it over again, even though she had probably read it a thousand times.

We believe your ideas may play a large part in resolving our conflict with the Federation of Canada. On the 18th of April at 18:00, a military officer will meet you at the Washington Central Train Station. Please be punctual. Your parents may not accompany you. This is all the information we can give you at this time.

The Offices of the President of the Mexican-American Alliance

The envelope had also included some legal documents allowing Jane to enter Washington, which she stored with the letter in her bag. Jane glanced at her watch. 16:05.

After a long train ride, Jane stepped out onto the platform of the empty train station and was surprised at what she smelled. The delicate smell defied description. The air was so clean. In the cities where Jane had lived, everywhere she went she had been accompanied by a strong, dirty stench. But the air in the train station was heavenly, Jane had to take a moment to take it in. When she had gathered her bearings, Jane picked up her suitcase, and marched inside, not knowing at all what was to come.